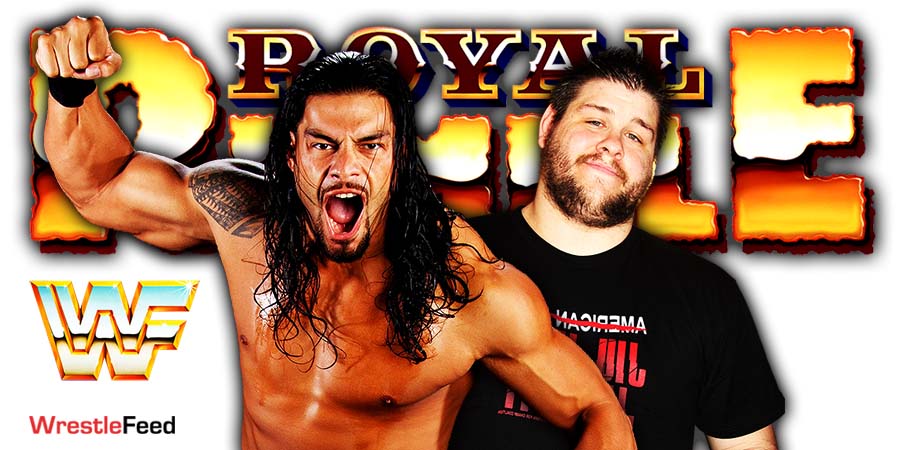 Congratulations to SmackDown Superstar Bianca Belair on winning the Women’s Royal Rumble 2021 match. She will now get a Women’s Title match of her choosing at WrestleMania 37.

“She does exactly what she says she’s gonna do. On my brand, that’s the kinda Superstar I want to get behind.”

We now head to the Kickoff Panel, where Peter Rosenberg distracted R-Truth by saying that John Cena is here.

Rosenberg low-blowed Truth and pinned him to win the WWE 24/7 Championship!

So, recent turn of events, @Rosenbergradio is the NEW #247Champion! Is this real life? #AndNew #RoyalRumble @RonKillings pic.twitter.com/AGJxZVc23K 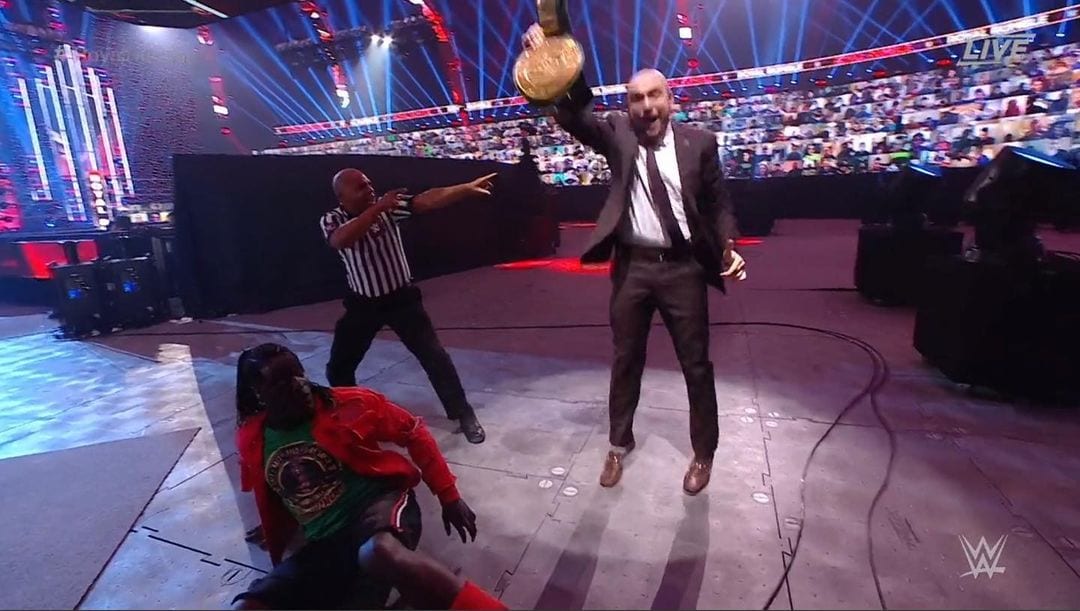 This is the 3rd time the 24/7 Title has changed hands tonight. During the Women’s Royal Rumble 2021 match, R-Truth came running to the ring and got pinned by Alicia Fox to lose the Title.

After Alicia got eliminated from the match, Truth immediately pinned her and regained the Title.

Let’s see how many more Title changes are left tonight as up next is the Last Man Standing match for the Universal Championship, between Kevin Owens and “The Tribal Chief” Roman Reigns.

Reigns and Owens want to destroy each other at any cost and Reigns throwing Owens off the ThunderDome set-up and running him over with a cart backstage prove it.

Owens hit Reigns with a Pop-Up Powerbomb on an announce table backstage. The table didn’t break. Owens now breaks the Table by hitting a Frog Splash on Reigns.

Owens climbs on top of a Forklift and hit a Senton on Reigns through a table! Reigns still manages to get up before the count of 10.

Reigns is bleeding. Owens is looking to hit another Pop-Up Powerbomb, but Reigns hits Superman Punch and Spears Owens through the LED lights on the entrance stage! Owens rolls off the stage to land on his feet and beats the referee’s count of 10.

Reigns is now punching Owens with handcuffs, but Owens comes back in the fight with a Stunner!

Owens has handcuffed Roman to a poll and Reigns pushed the referee face-first into an equipment at the count of 9 to save himself from losing the match and the Universal Title. Reigns low-blows Owens.

Owens is out and fails to answer the referee’s count of 10.