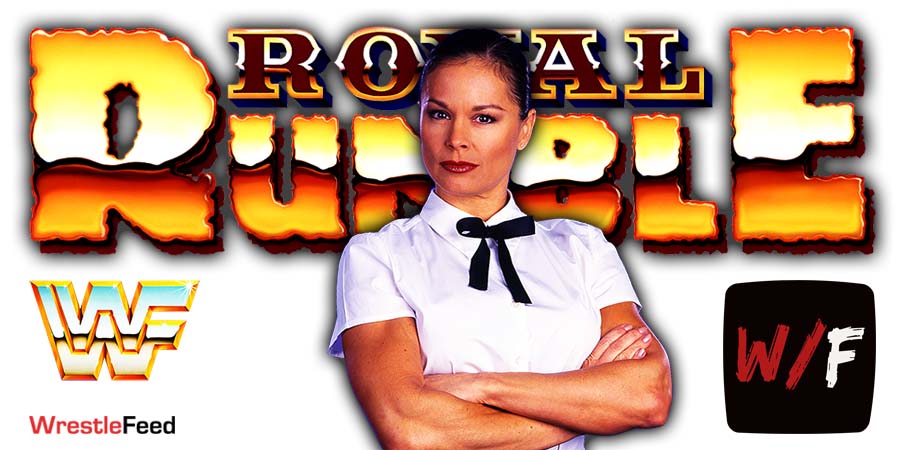 Melina did her iconic split during her entrance, but she got quickly eliminated by Sasha.

#3 is Tamina and #4 is Kelly Kelly. Tamina eliminated the former WWE Divas Champion.

#8 is Bianca Belair, who won the Women’s Royal Rumble last year. She went on to main event Night 1 of WrestleMania 37, where she defeated Sasha Banks to win the SmackDown Women’s Championship.

#9 is Dana Brooke. #10 is Michelle McCool. McCool kicks Dana out of the ring, but Reggie catches her and puts her back in the ring. But McCool eliminates her.

McCool hits her finisher on Zelina, before being taken down by Tamina.

#11 is Sonya Deville. Sonya went straight to the commentary table. She says she’s wearing her jacket right now, which means she’s a WWE Official at the moment. She will enter the match when the time is right.

#13 is Cameron, the former Funkadactyl. Since she’s a former tag team partner of Naomi, Sonya removes her jacket and enters the match. She attacked Cameron right away. Sonya eliminates her.

#14 is Naomi. She checks on Cameron first, then enters the ring and brawls with Sonya. Naomi eliminates Sonya.

#15 is WWE Women’s Tag Team Champion “The Most Beautiful Woman In All Of WWE” Carmella. She is just standing at ringside, isn’t entering the match.

#16 is Rhea Ripley. Ripley brings Carmella in the ring and eliminates the Tag Team Champions!

Charlotte pushes Naomi out of the ring, but she lands on her hands, with feet balancing on the ropes. Sonya then grabs Naomi’s arms and pulls her out of the ring.

#18 is Ivory of Right To Censor. She bad mouths today’s female wrestlers. Ripley picked her up and put her on the ring apron and then pushed her out of the ring while Ivory was still talking.

#19 is Brie Bella. #20 is IMPACT Wrestling’s Knockouts World Champion Mickie James and she came out to her Hardcore Country theme song. McCool attacked her right away, but she managed to eliminate her. 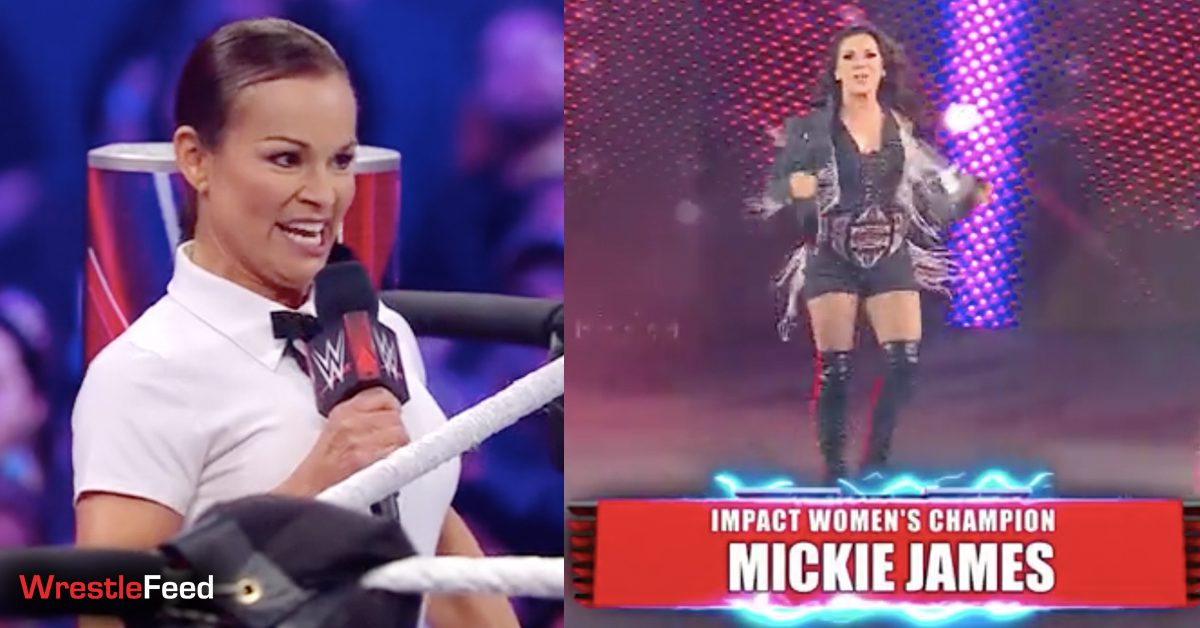 #24 is Nikki Bella. The Bella Twins team up to eliminate Liv Morgan.

2️⃣4️⃣ Nikki @BellaTwins is back in action at #RoyalRumble! pic.twitter.com/UBaTHZAZYg

#25 is Sarah Logan and The Bella Twins eliminate her.

#26 is Lita! She gets a huge pop! She eliminates Mickie.

#27 is Molly Holly and Nikki A.S.H. attacked her outside the ring. She then eliminated her.

#29 is Shotzi. #30 is Shayna Baszler and Ronda is happy to see her friend. Rousey eliminates Shotzi and Bianca eliminates Natalya.

Charlotte eliminates Bianca and Shayna at the same time!

Only Ronda & Charlotte are left. Ronda eliminates Charlotte to win the match!