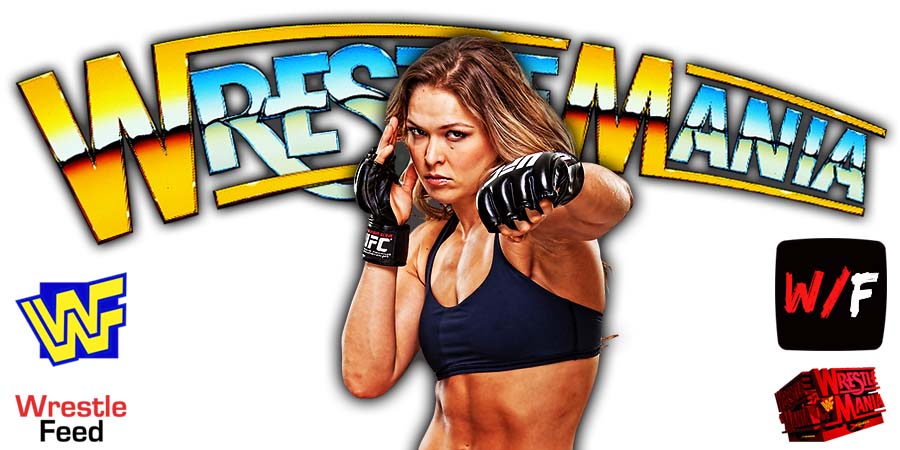 She will plant seeds for her WrestleMania 38 program tonight.

Her new contract is for 1 year and she’ll be a member of the SmackDown roster, although she will work a few RAW shows too, including this Monday’s show.

According to the Wrestling Observer, Charlotte Flair vs. Ronda Rousey for the SmackDown Women’s Championship is going to be one of the top matches of WrestleMania 38.

Rousey and Charlotte faced off in a Champion vs. Champion match at Survivor Series 2018, which ended in a DQ when Charlotte brutally assaulted Ronda with a Kendo Stick and a Steel Chair.

Other matches that are planned for WrestleMania 38 are Brock Lesnar vs. Roman Reigns and Becky Lynch vs. Bianca Belair.

On this day in Pro Wrestling history on January 29, 2006, World Wrestling Entertainment aired their annual ‘Royal Rumble’ event LIVE on PPV from the American Airlines Arena in Miami, Florida.