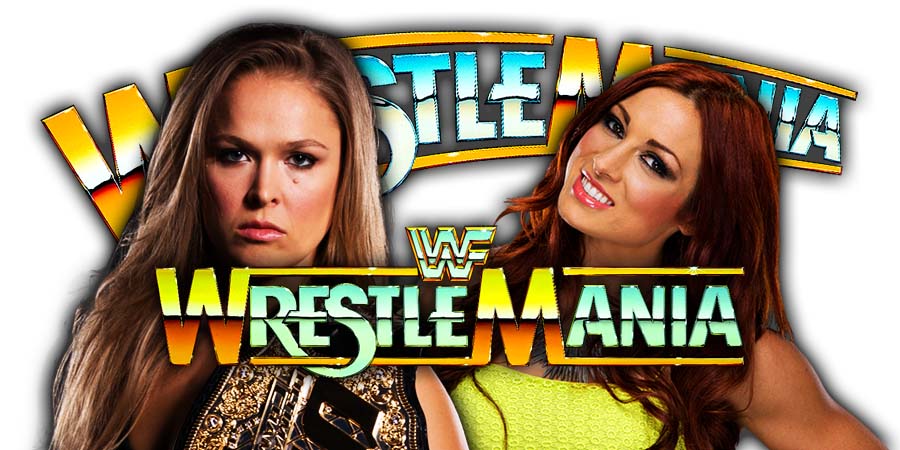 According to the Wrestling Observer, that’s not at all true. The plan was always for Becky to pin Ronda to win the match.

There were talks of booking Becky to make Ronda tap out, but people backstage in WWE felt that would be “too fake” and that a pinfall finish would be the best option in this case.

As seen during the finish, Ronda’s shoulder was up during the pin. No word yet on if this was intentional or not. There’s speculation going on that this could be used in a future storyline.