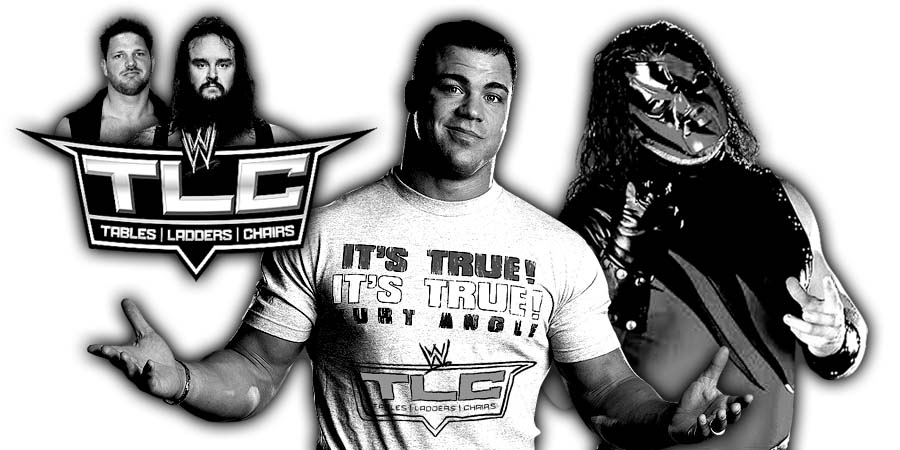 During a recent interview with RealSport, Madison Rayne talked about wanting to see Women’s Tag Titles to come back to Impact Wrestling (or possibly WWE), commentating next to her husband Josh Mathews for Impact, her win over Tessa Blanchard being called an “upset” and more.

On wanting to see Women’s Tag Titles to come back to Impact/WWE:

“I don’t think that those titles were able to run their course before they were no longer used. And I think that’s sad, however I also think that tag team wrestling is something really special. It’s an art form. You have to find that person that you trust, that you trust to be on the same brainwave as you, and so I understand why they are no longer active at Impact Wrestling. I also don’t think that there’s the manpower, or the womanpower, within the Knockouts Division right now to have them.

But I do think that there’s something special about tag team wrestling and about women’s tag team wrestling, and I think I would like to see them come back to Impact at some point. I said a couple weeks ago on the Impact weekly teleconference that I don’t think this is the right time, and I wouldn’t be surprised to see something like a women’s tag team championship in WWE before I saw it back at Impact because [of] the depth of their rosters on all three of their platforms. I think it might be better suited there, but I think again that tag team wrestling is an art form and you shouldn’t just create titles because ‘Hey, they used to be here and we should bring ’em back because we like them.’

I think that there needs to be a lot of thought given to them, specifically with Impact and the Knockouts, because they didn’t get to really run their course the first time, and I would hate to see that be something that is just a rushed decision a second time. If that ever were to be the case, I would definitely have to maybe call up one of my former tag team partners and see if we can’t get something started.”

On commentating next to her husband Josh Mathews for Impact:

“It was exciting, and it was very nerve-racking. I’ve said this before. I’ve always had an appreciation for the men and women who provide commentary for wrestling or for any sport. They make it more exciting, and they give kind of an inside scoop. I didn’t realize how difficult it is. Especially in those moments where you know obviously a lot of the content for Impact Wrestling is pre-recorded, but [there are] those live moments on pay-per-view where you have to think quickly and you have to be quick witted and you have to make sure that the thoughts in your brain come out of your mouth properly.

Also, whether [Josh Mathews] coached me or taught me or not, I knew that people were going to judge my skills based on what they thought Josh had taught me. And obviously he did. He gave me a lot of great pointers, things to do, things not to do, but I wanted to be really good because of my own skills too. But I knew that I was going to be judged, or that maybe he was going to be judged on whether or not I was able to do well with commentary.

On her win over Tessa Blanchard being called an “upset”:

“Yeah, there was a tense moment in my household when I heard Josh Mathews say that. I mean, if I’m being completely honest, it probably was an upset. Because here is Tessa Blanchard who is literally one of the most talented females in professional wrestling, across any platform. She’s incredible. She’s talented far beyond her years. Wrestling is her life. She travels the world on a regular basis wrestling, and then there’s Madison Rayne who comes and goes in and out of Impact Wrestling. She’s a mom, a business woman, a wife.

So I wear all these different hats, and Tessa is a wrestler. So after I was upset with Josh for calling it an upset, I completely agreed. To most people, it was. But to me, it wasn’t because there is not one woman actively in the Knockouts Division with the experience that I have. And whether I take a couple weeks away, a couple months away, or nearly a year away to have a child, I come back and I’m still Madison Rayne and I’m still confident in my in-ring abilities. So, upset or not, it goes down in the record books as a win for me.”

Earlier this week, it was being reported that WWE TLC was canceled. However, it’s looking like that the plans may have changed and TLC is still in WWE’s pay-per-view schedule for 2018.

It was rumored that WWE Super Show-Down in Australia would replace the event. WWE Super Show Down will be taking place on 6th October as announced, due to which TLC’s date has been moved forward to December.

TLC was set to take place on 21st of October. But the new date is now 16th of December according to PWInsider. The venue will also be shifted from Boston, MA to San Jose, CA.