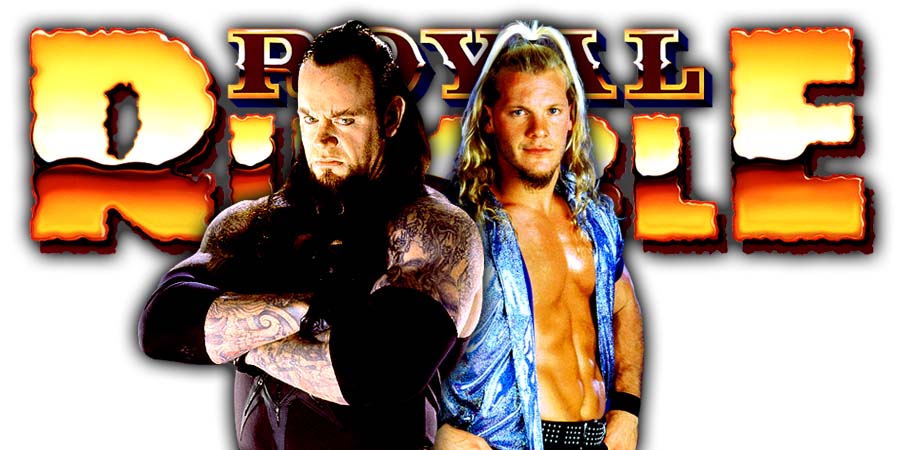 • Chris Jericho Comments On His Match With The Undertaker Getting Cancelled

During a recent appearance on In This Corner podcast, Old School WWF Legend Chris Jericho commented on his Casket match with The Undertaker at Greatest Royal Rumble being cancelled.

On being invited to work the Greatest Royal Rumble event:

“It’s one of those things that is a once in a lifetime opportunity. Obviously, getting the chance to work with Saudi Arabia at the highest level. We had been there back in 2015, and had some great shows, but it seems like they are beginning to try and change some of the things that are being done over there and it’s really cool to have been asked by WWE to be part of it. As you know, I am not working full time there right now but still part of the family.

With the matches that have been announced right off the bat, it has as much steam, if not more than the WrestleMania card did, just the fact of who is on the show and all the big matches that we have. It reminds me of a few years ago when we would do live event specials on the Network from Madison Square Garden. We did another one from Tokyo, Japan. It’s got kind of the same vibe to do the same thing with the Greatest Royal Rumble, just bigger.”

On his Casket match with The Undertaker getting cancelled:

“For me, at this point, whether they want me to be part of the Royal Rumble or work against Undertaker or work against Funaki in a Lingerie Match, whatever they want me to do there I will. That’s the good thing about my legacy and where I am at this point of my career. I can be the opening match or the main event, whatever it is, it’s going to be good. Things changed, which is part of the world of WWE, happens all the time.

For me, until I actually walk into the ring, sometimes you never know what is going to happen. Things get changed during the show sometimes. I think fans sometimes get a little to excited about certain things that happened and didn’t happen.”

However, that’s not the case. Goldust later clarified he isn’t done:

Just so none of you are confused,Whenever I decide to hang at the Boots, which is not now, you will be the first to know. There will be no mincing words.