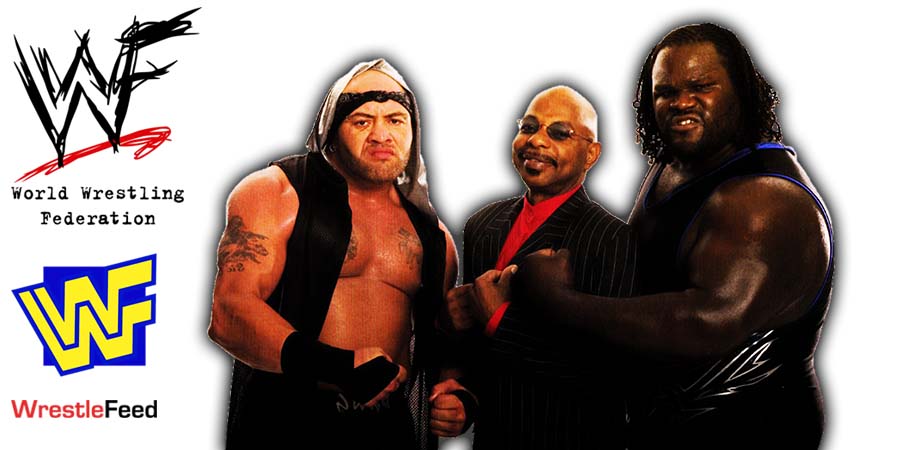 • Ruthless Aggression Era Wrestler Is Unhappy With WWE, Not Interested In A Return

Ruthless Aggression Era Wrestler Rodney Mack recently spoke with WrestlingInc and revealed that he’s still confused about his 2004 release from the company.

“I have no idea, still to this day, Jazz and I both were told, I think it was by Stephanie. She pulled us to the side and said that we had a job for life. We were great to be around. We were the two most believable people on the roster. All that stuff. I think it was three weeks later or a month or something, not precise, that we got fired. In fact, I think it was right before my birthday.

I had never made contact with them again since the last time that they released us, I had no wish or want to work for them then, and I still don’t now.

I really did not speak a lot with Vince, Just up and down the halls, the hellos and goodbyes, but I never had conversations with Vince that much. The few that I had everything was great.

That’s kind of deep. I don’t really like to talk about it because I get emotional, they just basically sh*tted on us. Fired us for nothing, for no reason whatsoever. For me, this sh*t wasn’t an overnight accomplishment. This a lifelong dream for me.”

Rodney Mack briefly wrestled for Paul Heyman’s Extreme Championship Wrestling in 2000, before joining the World Wrestling Federation’s developmental promotion, Ohio Valley Wrestling, in 2001 and eventually got called up to the main WWE roster in late 2002.

His greatest accomplishment was winning the WWF Tag Team Championship with his kayfabe brother “Luscious” Johnny Valiant on an episode of WWF Championship Wrestling, that was taped on March 6, 1979.

Jerry Valiant passed away in 2010 at the age of 68 after a battle with Alzheimer’s disease.