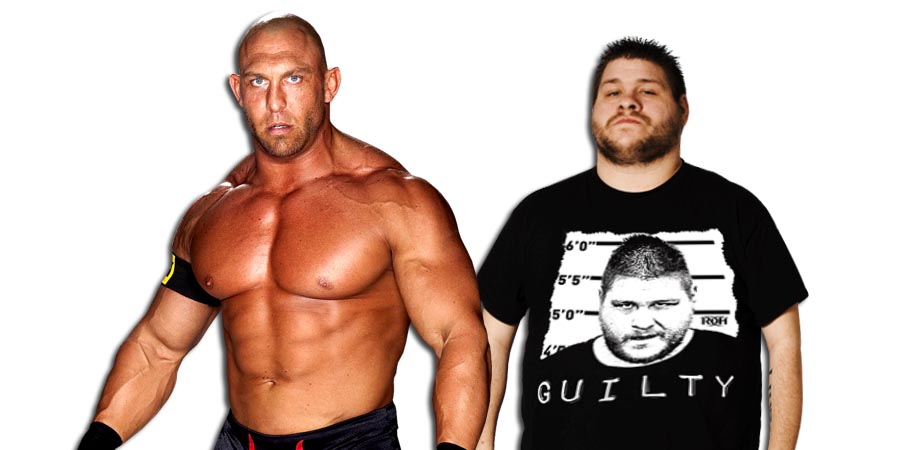 If you watch WWE nowadays, then you know that most of the wrestlers don’t actually look like wrestlers. They look similar to your neighbour and there’s no “larger than life” thing left in WWE.

During a recent edition of Conversation with The Big Guy podcast, former WWE Superstar Ryback explained why Professional Wrestlers should work out and be in great shape:

“You’ve got to look at guys like Mick Foley before who has been a WWE World Heavyweight Champion. He has always had that stamina in the ring. And Foley, he’s not a workout guy either and whatnot. So there’s between if you… and I firmly believe that everybody should prime their bodies and take care of themselves like athletes that wrestle. That’s my personal opinion because the whole point of it is the illusion of being a real fight. And if you were in a real fight, you could not get away with doing that in a real fight, so that’s my whole agenda for wanting guys to workout.”

Below is what Ryback had to say about Kevin Owens:

“I’ll say this, Kevin, I’m pretty sure he doesn’t workout, from what I understand, but don’t quote me 100% on that. Maybe he started or he didn’t, but he’s never… everybody has a different genetic level of where they’re at and he, like Jake ‘The Snake’ Roberts, I always heard he had great cardio and I don’t picture him on the StairMaster. There are guys that just have a higher threshold of cardio capacity. That does exist. And so I don’t agree if Kevin doesn’t workout because I think it would just improve his life in general and all that. But I wrestled him in there. I think his conditioning could be better if he was like that, but it has never hurt him. You’ve never watched a match of his and it has never hindered his performance. And he knows what he can do and what he can’t do, and he knows how to pace himself, which is a skill in itself.

I know from things what Vince has said, Owens doesn’t have the ideal wrestler’s body and whatnot, but you’ve never been watching him and been like, ‘man, he has blown the f–k up. He’s so out of shape.’ You’ve never said that, so it’s never an issue for professional wrestling.”