Unlike his former Tag Team partner Ron Simmons, Butch Reed has not been inducted into the WWE Hall of Fame yet, which might not happen anytime soon either, as he was named part of a lawsuit against the WWE regarding traumatic brain injuries, which was dismissed in September 2018. 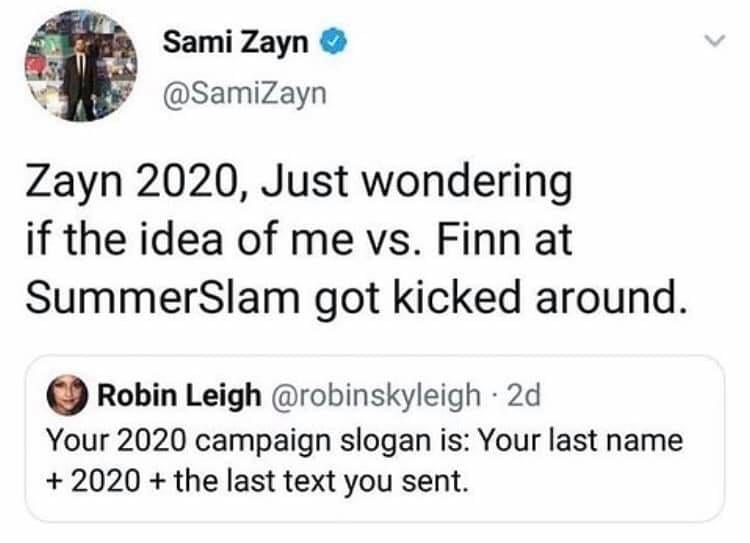 Sami went on to delete this tweet later and this began speculation among fans that Zayn might have spoiled upcoming SummerSlam 2019 plan.

Balor is currently feuding with Shinsuke Nakamura. The two faced off in a non-title match on this week’s SmackDown and Balor lost clean to Nakamura.

No word yet on if WWE is indeed going to add Zayn to the Intercontinental Title picture heading into SummerSlam 2019.