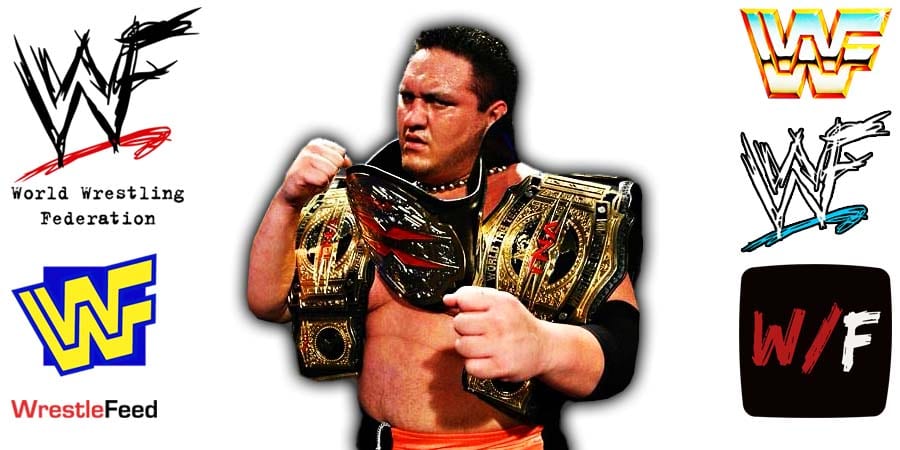 Out of the 10 wrestlers that were released by WWE, Samoa Joe’s release shocked the fans the most.

Joe was taken off commentary this week after WrestleMania 37. This raised fans’ hopes as they thought he’s now going to return to in-ring action (he has been out of action for over a year now due to some concussions he suffered).

However, Joe ended up getting released.

Former WWE interview Renee Young wasn’t happy with this and tweeted the following:

How do you drop the ball on SAMOA JOE?!?!? How?! Injuries aside, what a mistake.

According to Fightful Select, Joe was vocal backstage about wanting to return to in-ring action, but WWE didn’t clear him for wrestling and Vince McMahon was keen on keeping him as a commentator.

Wrestling Observer had the following to say about Joe’s status:

“It becomes an interesting strategy because Joe, in particular, if he is in good shape, because he’s a star to the AEW fan base and can talk, could be a valuable acquisition.

But perhaps WWE believes with his age and injuries, he wouldn’t be, similar to not competing to keep Christian Cage.”

Joe, just like all the other released wrestlers, is on a 90-day no-compete clause.

This episode was broadcasted from the Madison Square Garden in New York City, New York and featured matches, interviews & storyline segments on the road to the ‘WWE Backlash 2005’ PPV.