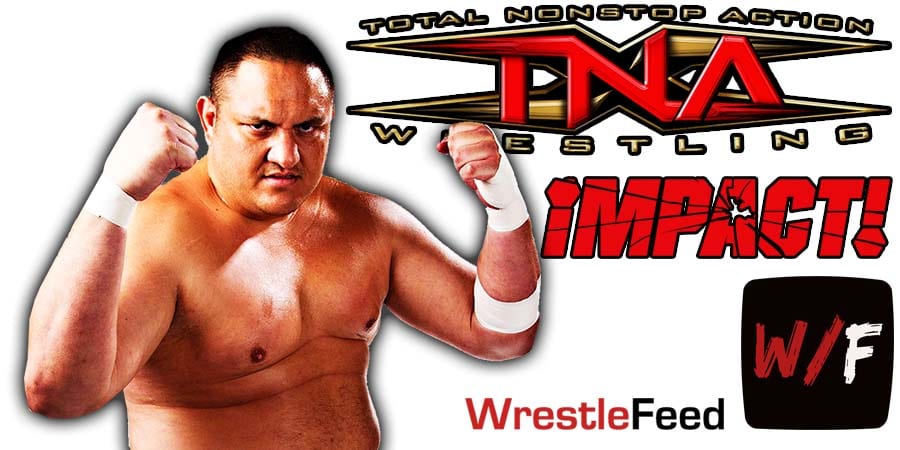 WWE Hall Of Famer Kurt Angle recently talked to the Two Man Power Trip Of Wrestling podcast about his time in Total Nonstop Action! (now known as IMPACT Wrestling) and in particular an incident where Kurt hit Samoa Joe with a very stiff headbutt during his TNA debut in 2006.

Here’s what the Olympic Hero said:

“I told Joe I was going to give him a real headbutt and he said, ‘Bring it on’. I brought it on and I cut him open.

It was the hard way. I think he was a little pi$$ed off.

He got up, partly because of his character. He was behind me, stalking me, and he had this pi$$ed off look on his face. But you know, if you know Joe, you know he was really pi$$ed at that too.

It was a great moment. Joe and I had incredible chemistry.”

On this day in Pro Wrestling history on May 13, 2007, Total Nonstop Action aired ‘TNA Sacrifice 2007’ LIVE on PPV from the TNA Impact! Zone at the Universal Studios in Orlando, Florida.