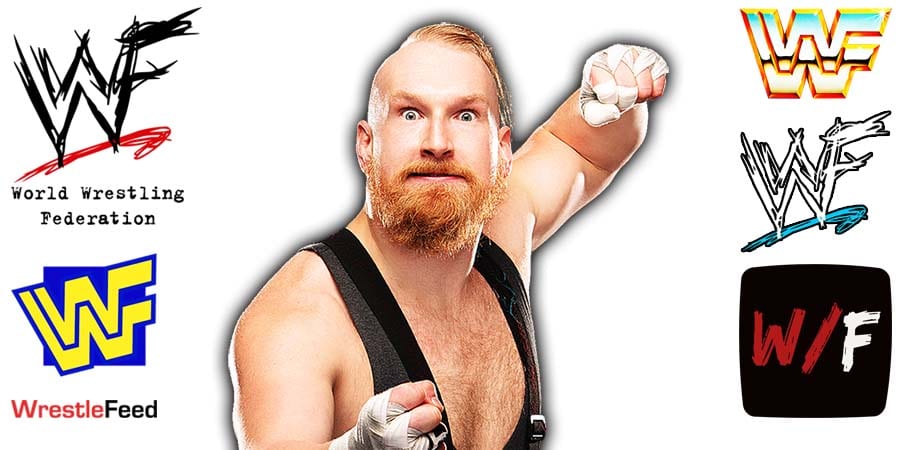 • SAnitY Was Scheduled To Return In 2020, Why Triple H Decided To Split The Group

During a recent interview on The Angle Podcast, recently released WWE wrestler Alexander Wolfe revealed that there were plans for SAnitY to return in NXT in 2020, but then the COVID-19 pandemic started and Eric Young got released.

On his release from WWE:

“I was truly surprised, but I kind of had the feeling of it. Because it’s pretty weird, and the reason was is I tried to figure out what the plan is for the next weeks and I [couldn’t] get ahold of somebody and they probably knew it, because what I had heard was is that it was already decided 3 weeks before but they kind of stalled and just waited 3 more weeks, eventually until something happened, I don’t know.”

On SAnitY’s return being planned in 2020:

“The inside is that in spring of 2020 the plan was split me off from Imperium and bring back SAnitY. Then the pandemic hit and EY (Eric Young) got released. And travel restrictions had just [started] so no one could travel, no one could do anything.

Then eventually SAnity [was supposed] to do 6-man matches with Imperium, which would have been nice even if I wasn’t keen on the idea because I loved being a part of Imperium. It’s more me. Even though I liked my time in SAnitY, I had some great achievements with them. But I’m more of a pure wrestler than actor.”

On why Triple H decided to split SAnitY:

“I got the appearances for NXT UK and I asked what was that all about. [Triple H] said, ‘I don’t want you guys to sit around on the main roster and do nothing, I want to use your potential. So, I split you off and you’re going to NXT UK to go back with your old group and start building NXT UK, and start [building] you guys as a brand and eventually you will split off and will feud with them.’

He wanted to bring EY back to NXT because he was doing nothing on the main roster as well.”

On if Imperium will be successful on the WWE main roster:

“I think it would fail miserably on the main roster, but not for WALTER though. I think he would be fine because he’s amazing. He’s definitely a cash cow for WWE. I would say I would love to see those guys be successful on the main roster and run through all the divisions, the tag team divisions, the title divisions, and conquer everything and become freaking millionaires and everything, so I wish them all the best.

But I’m not sure about it, because that one year of main roster experience just taught me a lot. No matter what they tell you in the beginning, nothing is guaranteed in that business.”

On which promotions he wants to join next:

“It doesn’t matter which promotion, I would be interested if the offer is good and the working environment is amazing. And IMPACT is one of the places where a lot of guys that I know say it’s awesome to work there, so yeah, why not. Sawyer (Mad Man Fulton) is there and I’m still in contact with EY [Eric Young] of course, so yeah, why not.”

It was broadcasted from the Cumberland County Memorial Auditorium in Fayettville, North Carolina and featured pre-taped matches, interviews & storyline segments on the road to the ‘WWF In Your House 8: Beware of Dog 2’ PPV.

1. Goldust vs. The Ultimate Warrior

2. The Smoking Gunns vs. The BodyDonnas