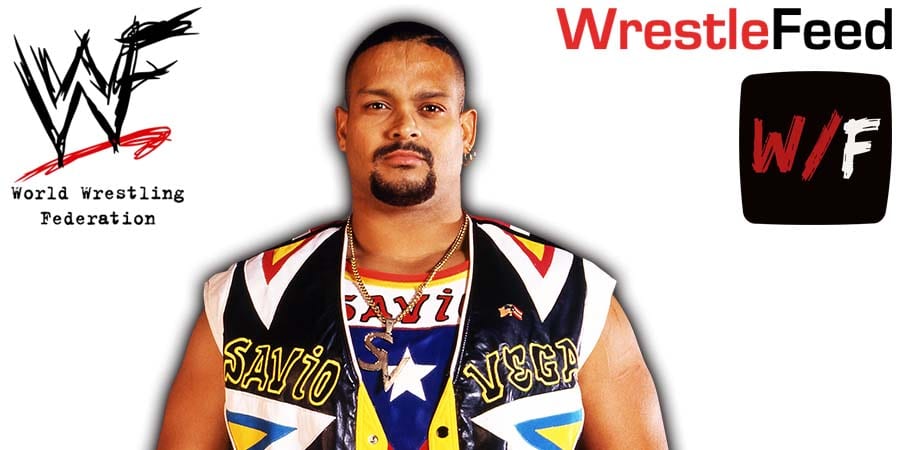 On a recent episode of WWE’s The Bump, Old School WWF Veteran Savio Vega talked about who got him into the World Wrestling Federation back in 1994.

After a few dark matches as TNT, he had his official televised WWF debut match on January 10, 1994 as Kwang, a masked oriental character managed by Harvey Wippleman.

The gimmick lasted until April 1995 and in May he was first seen portraying Savio Vega, a “fan” in the audience during the first-ever “In Your House” pay-per-view.

Here’s what Savio had to say on how he got into the WWF:

“Razor Ramon was the guy that got me into WWF.

When I was in Japan, I told Bam Bam Bigelow to say hello to Scott [Hall]. When Bam Bam came back he said Scott wanted me to call.

So I did and he said, ‘I talked to the old man and he wants you to try out. I want you here with me.’

My first tryout I did as the character TNT. It was an easy match. When I came to the back, Scott chopped me hard and asked ‘what was that?’

He said, ‘I want to see the TNT that beat the hell out of me in Puerto Rico. Tomorrow you have another match, show me that’.

So the next day I brought the TNT out. And they liked it and they gave me the job, thanks to Scott Hall.”