This episode was pre-taped at the Von Braun Civic Center in Huntsville, Alabama and featured matches & storyline segments on the road to the ‘WCW Greed’ PPV.

• Naomi Wanted To Return To NXT

During a recent interview with Women Of Wrestling Weekly, SmackDown wrestler Naomi revealed that she wanted to return to NXT last year:

“I asked about a year ago to go down to NXT to work. I just think NXT is awesome. I love NXT and also, the time I wasn’t being used much on the main roster so, I was like, ‘Dang, can I go down there and just see what I can get into, what could happen, and the talent down there is just so good.’

Just so good, and this was at the time where…I love Bianca, and her personality and her spirit is even more beautiful so, that was one idea I had.”

The match will take place on April 4th at USA Pro Wrestling’s “A Night Of Violence” event.

Below is the poster: 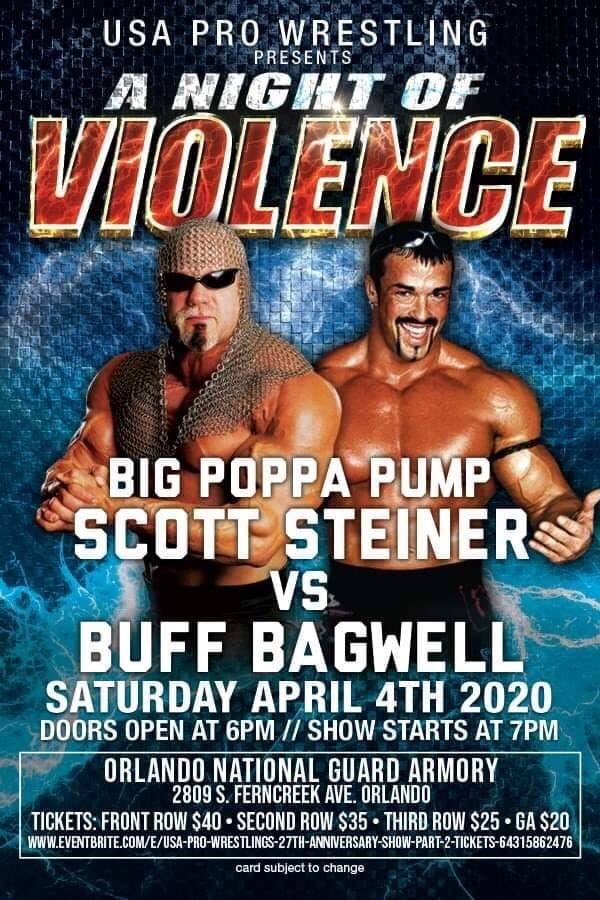