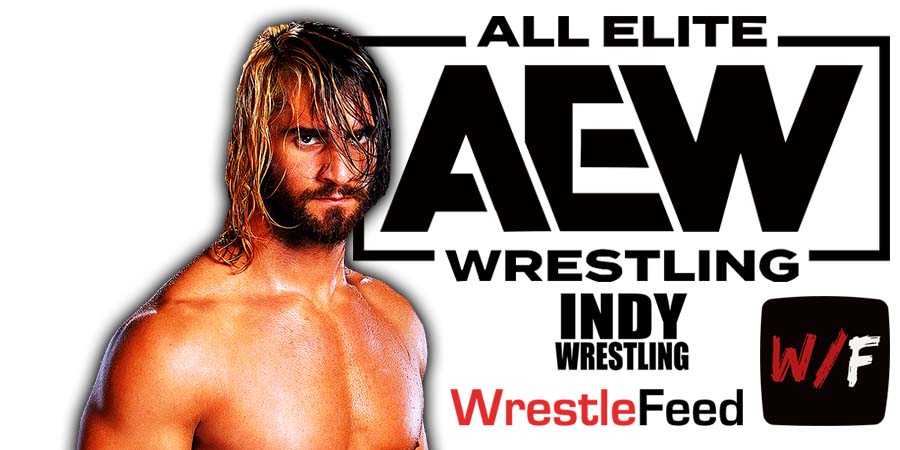 During his appearance on The Pat McAfee Show, Seth Rollins was asked who is on his Mount Rushmore Of Wrestling.

Rollins gave two versions of this – one based on who drew the most money and the other based on in-ring skills.

“In our business, which is the entertainment business, money-drawing is the biggest thing. So if we’re talking there, you gotta start with Hogan. You gotta put Cena there, Rock and Austin. Top four.”

Rollins then stated the in-ring version:

“Shawn Michaels, Eddie Guerrero, Bret ‘The Hitman’ Hart. This is a controversial one. Did you say Mongo? Did somebody drop a Mongo? I will not discriminate against Steve Mongo McMichael. A legend. An absolute legend, an absolute legend. Not gonna make this Mount Rushmore.

Number four, controversial pick because he’s still active, Bryan Danielson. I actually think in-ring he’s one of the greatest of all time. And I think when it’s all said and done, he’ll be up there with the guys.”

Bryan Danielson (fka Daniel Bryan in WWE) is currently in AEW. Rollins’ first televised match on the WWE main roster took place at the TLC 2012 pay-per-view, and Bryan was one of his opponents in a 6-man Tables, Ladders & Chairs match on that night.

Shamrock became the first ever UFC World Heavyweight Champion (back then named “Ultimate Fighting Superfight Championship”) in 1995 and later joined the World Wrestling Federation in February 1997.

During his WWF career, Ken won the Intercontinental Championship and the World Tag Team Championship, as well as the 1998 King of the Ring tournament.

In 2002, he had a brief stint in Total Nonstop Action, where he became the NWA World Heavyweight Champion.

Him getting inducted into the WWE Hall of Fame is obviously just a matter of “when” and not “if”.