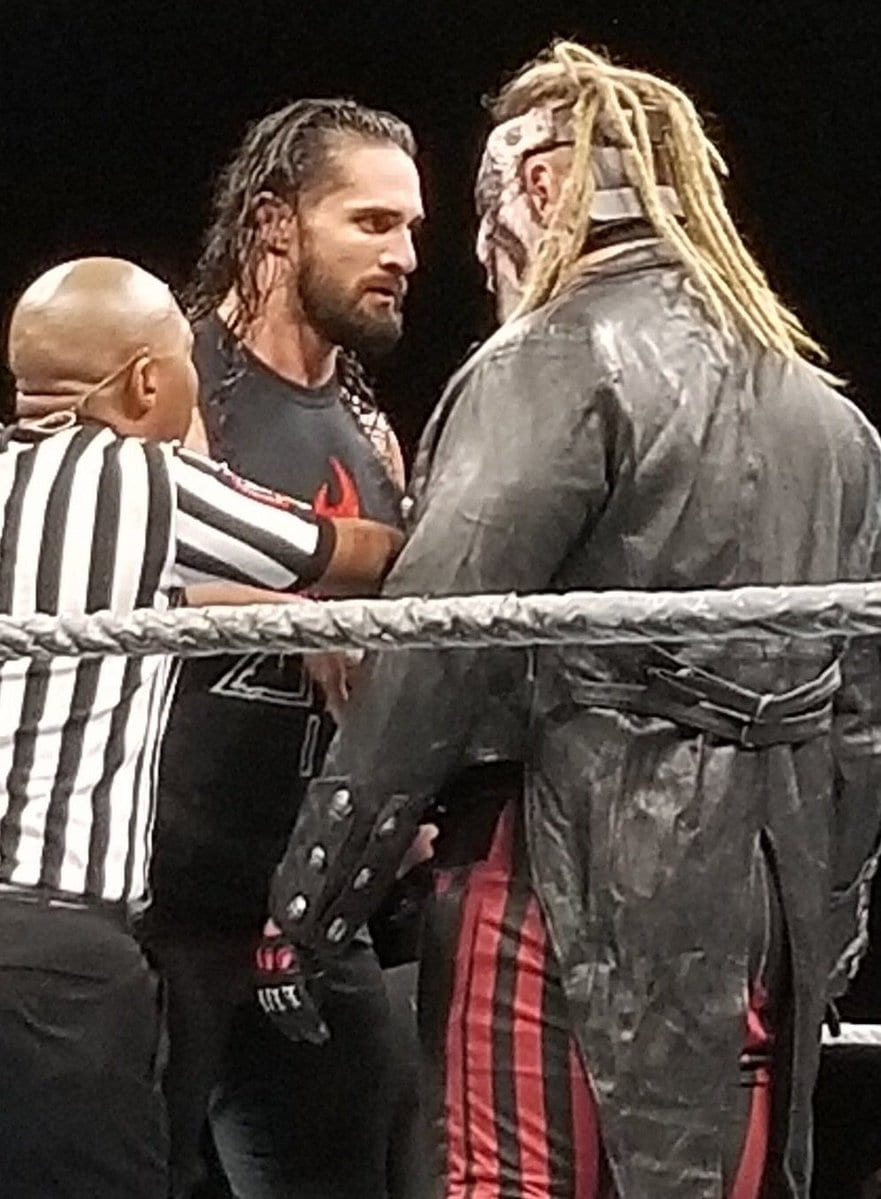 The match ended in a DQ when The Fiend put Rollins in the Mandible Claw and refused to let go even after Rollins reached the ropes.

After the match was over, Rollins went on to deliver 3 back to back Stomps to put down The Fiend.

Rollins then took the Universal Title and posed over The Fiend and The Fiend went on to put the Mandible Claw on Rollins once again to end the show.

You can watch The Fiend’s post-match assault from a better camera angle below: