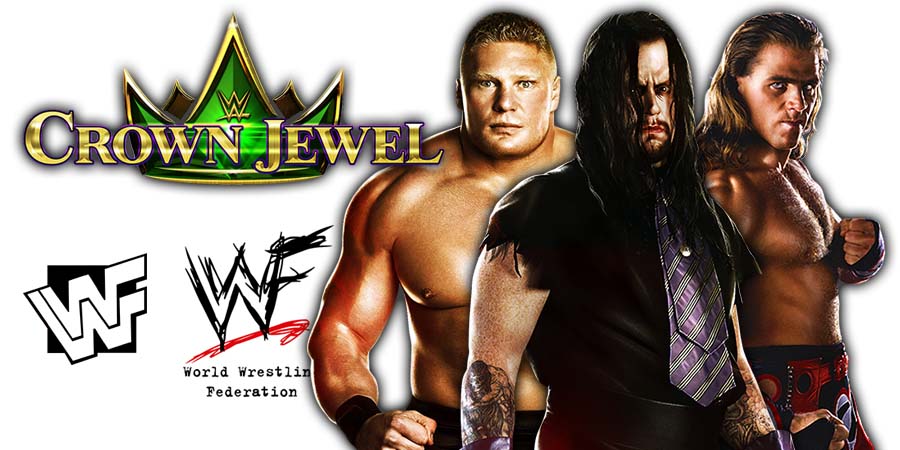 • Shawn Michaels, Brock Lesnar, & The Undertaker Made Insane Money For A Single Match 2 Years Ago Today

Two time WWE Hall of Famer Shawn Michaels came out of retirement to compete in a tag team match at this PPV.

According to The Dirty Sheets, Saudi Arabia officials paid WWE $60 million for this show. Out of this $60 million, $40 million was for putting the show and $20 million for expenses (which included pay for talent).

With WWE making so much money, the top 3 draws for this show got paid insane salaries for just one night:

– Shane McMahon def. Dolph Ziggler in the WWE World Cup Final match to be crowned the “Best In The World” (Shane O’Mac replaced The Miz as Miz was ruled unable to compete)

– D-Generation X (Triple H and Shawn Michaels) def. The Brothers of Destruction (The Undertaker and Kane)

Note: Roman Reigns was originally scheduled to defend the Universal Championship against Brock Lesnar and Braun Strowman in a triple threat match at this event, but he went on a hiatus prior to the PPV due to leukemia and vacated the Title.

Also Read: WWF Legend Says DX vs. Brothers Of Destruction At Crown Jewel 2018 Was The Worst WWE Match Ever