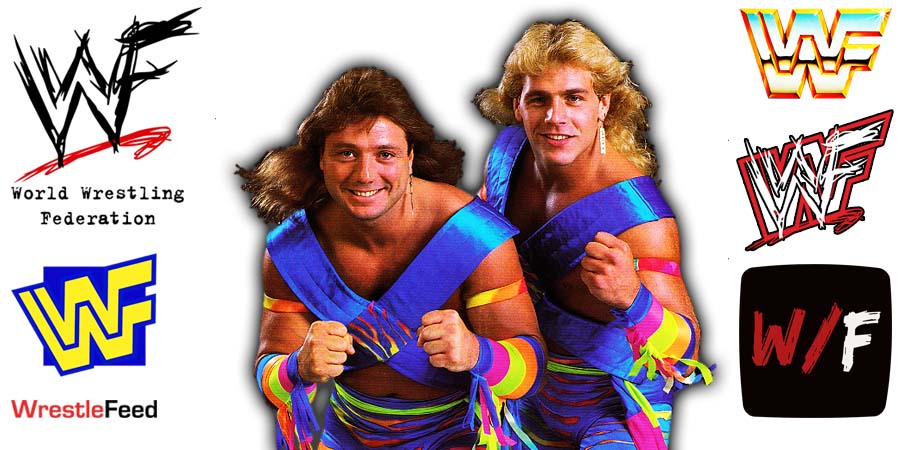 During the recent ‘Plane Ride From Hell’ season 3 episode of Dark Side of the Ring, it was mentioned that some wrestlers messed with others and spiked their drinks with halcion, so called ‘H-Bombs’.

Halcion is a dangerous sedative with plenty of side effects, including impair memory, coordination problems & much more, and can cause a lot more issues when combined with other substances like alcohol.

“Listen, the Rockers loved those halcions, man. They freakin’, boom, they’d drop them on all the broads and then they’d get them back to their room and they’d pass out and then [The Rockers] would take the laundry off and they’d have a good time with them and then throw them out in the hallway and sh*t naked. Needless to say, they got in trouble in a few hotels.”

Old School ECW/WWF Legend Rob Van Dam confirmed that those kind of things were actually considered normal during the old days, when he was asked by a fan on Twitter and replied:

“Sadly though, yes it was when I broke in.”

I better watch this episode.
Sadly though, yes it was when I broke in. https://t.co/l2aWZ6xNTR

For most of his career, Gerald formed a Tag Team with his real-life brother Jack Brisco and together they wrestled as “The Brisco Brothers”.

Gerald then started to work as a booker & road agent for the WWF and years later during the Attitude Era became famous again as one of Vince McMahon’s “stooges”.