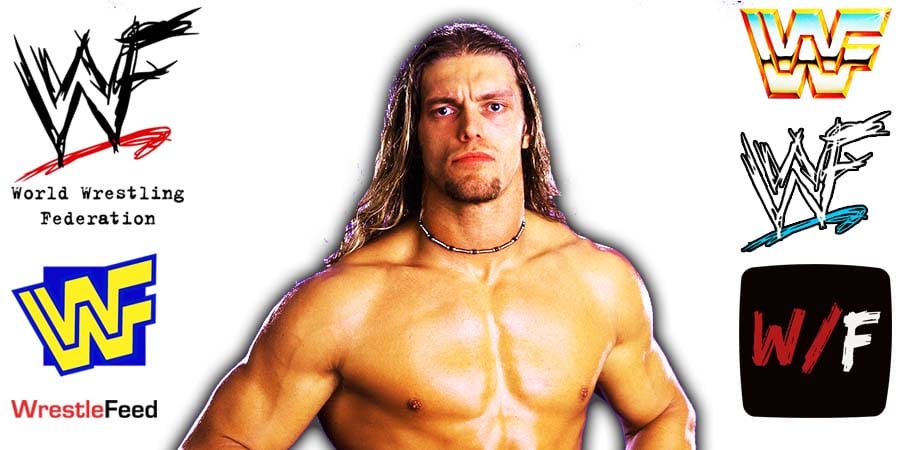 During this conversation, Edge revealed that his rivalry with Cena was originally planned to last only 3 weeks.

“When I got to John, and we kind of got on the same page, and he realized what I was out to do, which was just that, to make him superman, and once we both had that understanding, then we were off and running because I don’t think that program was supposed to last more than three weeks, and after WrestleMania 22, I got to work Mick [Foley], who is another guy that just did so much for my career.

Then they circled back to John and I because I think it had worked so good in that three weeks, the ratings went up and all those things, you know. Website hits, and everything went through the roof, so it was like, ‘Go back to that.’

And then once they went back to us, I think we ran for about a year and a half after that, just night in, night out. They rebooted again after, and then again, and we’d end up on SmackDown, and you know, it kept going.”

• Old School WCW Referee Would Have Celebrated His Birthday

Today would have been the 62nd birthday of Old School WCW Referee Randy Anderson.

Randy Anderson was a professional wrestling referee during the 70s, 80s & 90s, working for several territories such as Mid-South Wrestling, Championship Wrestling from Florida and Jim Crockett Promotions.

When Ted Turner bought Jim Crockett Promotions in late 1988 and renamed it World Championship Wrestling, Randy stayed with the promotion until 1999.

If you watched WCW Monday Nitro in 1997, you will probably remember when Eric Bischoff fired him (storyline wise).