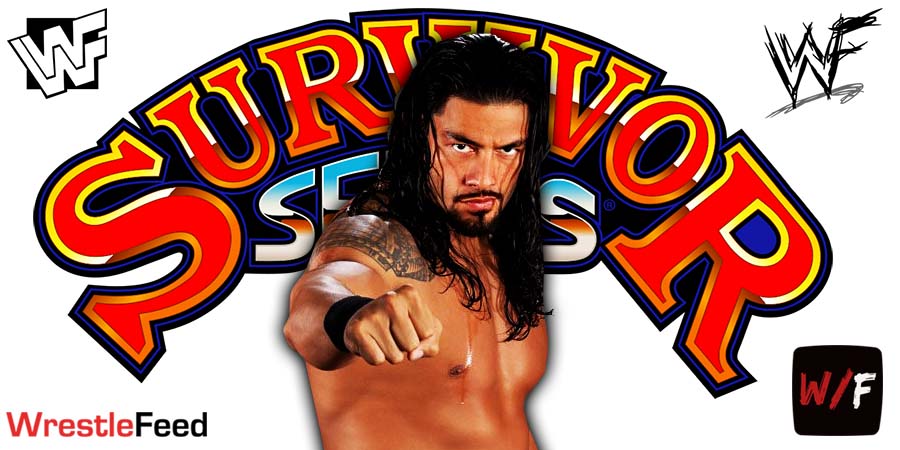 – SmackDown kicked off with Drew McIntyre & The Brawling Brutes. Sheamus said they need Drew to be their Honorary Brutey and team up with them against The Bloodline in a War Games Match at Survivor Series 2022.

Drew agreed to join forces with them, but said they need 1 more person.

Sami Zayn came out and said he doesn’t care who their last person is and guaranteed that The Bloodline will win War Games. Sheamus said their last man is someone that Sami will never expect.

– Ricochet def. Mustafa Ali to advance to the next round of the World Cup Tournament

– Bray Wyatt questioned if he can change and said that he wants to give an apology to LA Knight for headbutting him last week.

LA came out and said that last week he didn’t fear Bray. LA slapped Bray and said now they’re even. Bray said there’s a lot he wants to do to LA, but will fight the urges.

Knight slapped Bray again and said that he gets a 2 for 1 Special.

– The Usos interrogate Karrion Kross and ask if he’s the last man for War Games. Kross confirmed that he’s not and said that he will come for Roman Reigns on his time.

– LA Knight got attacked backstage and buried under chairs and trash cans.

– Butch def. Sami Zayn to advance to the next round of the World Cup Tournament

After the match, Drew McIntyre, The Brawling Brutes & The Bloodline started fighting. Kevin Owens came out is revealed to be the last man for War Games and he took out Roman Reigns.

These pops for Roman Reigns will never get old ☝🏾 #SmackDown pic.twitter.com/UeepZoDrpY

Looks like we know who that 5th member is! It's @FightOwensFight!#SmackDown pic.twitter.com/Ngdx31o51o