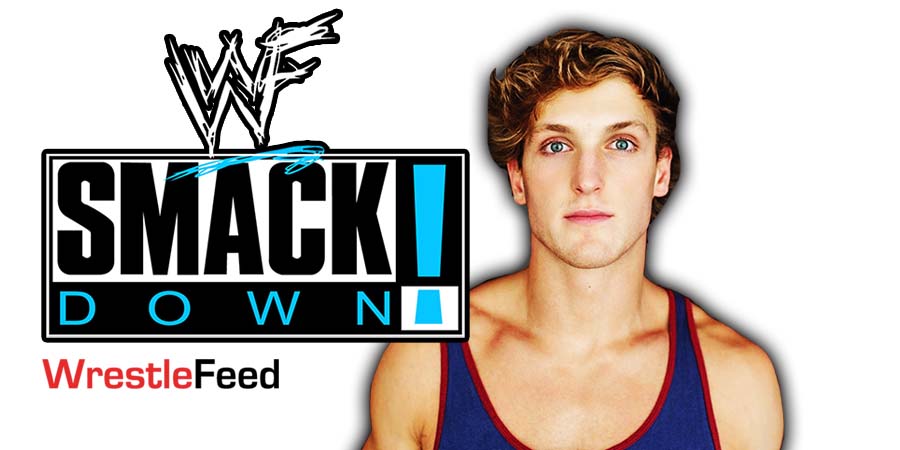 Below are the complete results from tonight’s episode of WWE SmackDown:

After the match, The Bloodline attacked Sheamus and injured his arm.

– Bray Wyatt confessed that he has problems, like anger that takes him to places that he does not want to go and places he should not have come back from, yet he gets chances most people do not get.

He was content with being left alone and that he wanted people to ignore him, but he is glad that the people remembered him because he needs them.

Bray said that he will do horrible things, but he will not regret doing any of them. He is a servant now and goes where the circle takes him.

"I'm just a servant now. I go where the circle takes me ."

– Liv Morgan vs. Sonya Deville ended in a Double Count-Out

After the match, Liv grabbed Steel Chairs from under the ring and tossed them into the ring. Liv superplexed Sonya onto those chairs.

– Braun Strowman vs. Omos was made official for Crown Jewel and both men came face-to-face in the ring, which led to Omos shoving Strowman out of the ring.

– Drew McIntyre said that due to his attack on Karrion Kross last week he was sent to WWE Headquarters and was given strict orders not to lay his hands on Kross.

McIntyre then revealed that he was also given a rematch against Kross and it will be at Crown Jewel in a Steel Cage Match.

– Ronda Rousey said she will hold an Open Challenge for the SmackDown Women’s Championship next week.

Gunther (c) vs. Rey Mysterio for the Intercontinental Championship will take place in 2 weeks.

– Logan Paul cut a promo, but Jey Uso attacked him. Sami Zayn came out and told Jey that Roman Reigns wanted Logan to be left alone until Crown Jewel. Jey ignored Sami and went back after Logan, but Logan punched Jey and knocked him out.