– Dustin Rhodes vs. The Gambler

– Johnny B. Badd vs. Tex Slazenger

The change was shown during a graphic to promote Andrade’s match with Rey Mysterio on tonight’s SmackDown Live: 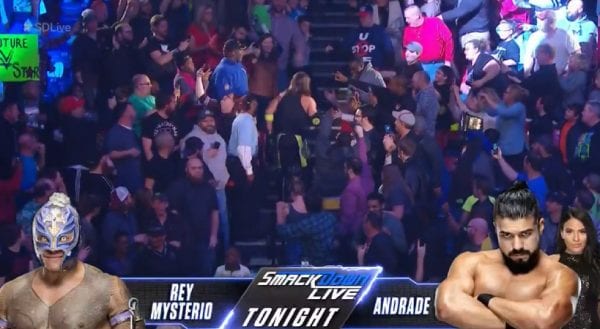 WWE has also made this change on their website.

Andrade went on to defeat Rey Mysterio on SmackDown after a little distraction by Zelina Vega.