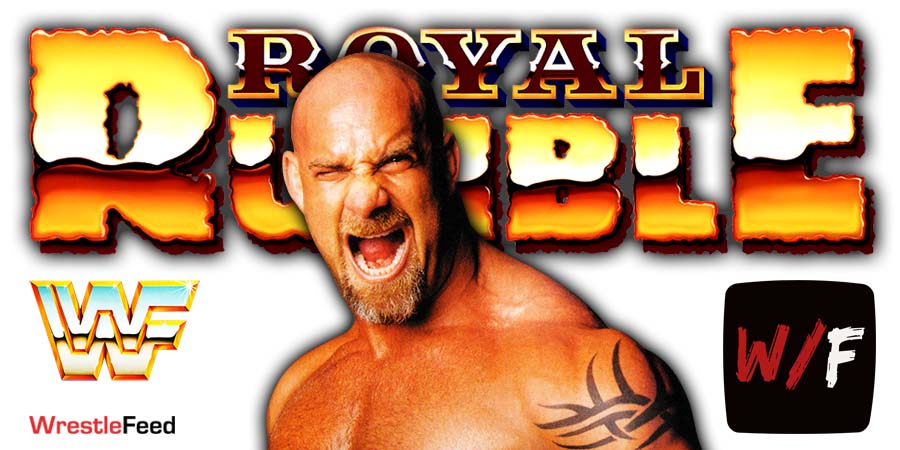 • “Smartest man in the room” – Former WWE Champion On Goldberg

A lot of the current WWE wrestlers don’t appreciate Legends making a comeback in WWE.

WWE Hall of Famer Goldberg knows it as well and said the following about it on WWE’s After The Bell podcast:

“When legends came in when I was in the business, in the beginning, I was greatly appreciative of the eyes they brought to our product and one day those young kids are going to be just like me and I hope that karma comes back to bite them in the a$$, that’s all I can say.

Because at 54 years old, I don’t know one of them that could be doing what I do.”

A fan recently asked former WWE Champion CM Punk who his favorite WWE Superstar was in 2020.

“Goldberg. Smartest man in the room.”

Goldberg. Smartest man in the room.

Goldberg defeated The Fiend in 2020 to win the Universal Championship. Tonight, he’ll challenge Drew McIntyre for the WWE Championship at Royal Rumble 2021.

Also Read: “You really need to stop crying about it. It’s embarrassing” – RAW Wrestler To Goldberg

When Ted Turner realized that the giant wasn’t gonna make it in the NBA for the Atlanta Hawks, he offered him the proper training to become a Professional Wrestler.

El Gigante then went on to work for World Championship Wrestling from May 1990 until January 1992, before joining the World Wrestling Federation in January 1993.

His proudest moment was probably showing up uninvited during the 1993 Royal Rumble match and eliminating The Undertaker.

After the Taker rivalry ended at SummerSlam, they tried to turn him babyface (similar to what they did with André after the WrestleMania VI match), but he didn’t renew his contract when the old one expired in October 1993.