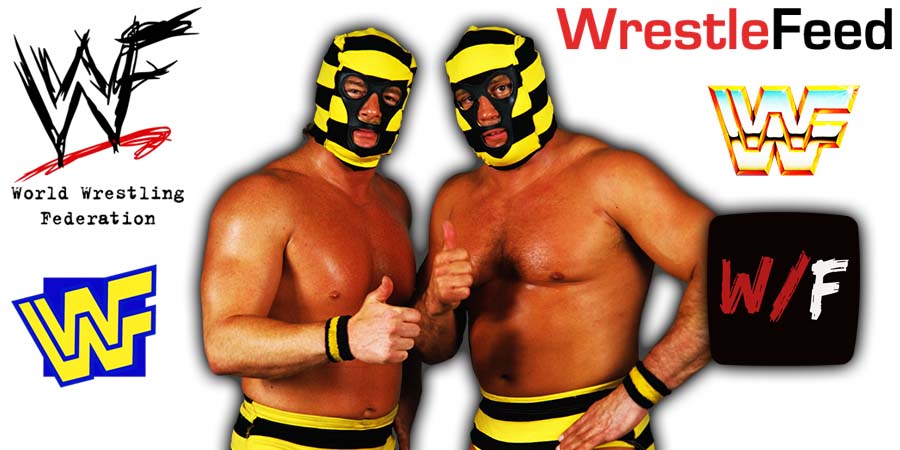 Old School WWF Veteran Skinner (aka Steve Keirn) appeared on The Gathering, where he revealed that the son of fellow WWF Veteran Brian Blair was killed on Friday, July 23, 2021.

Details about the death of Brett Blair, whom Brian had actually named after former WWF Champion Bret Hart, have not been released yet.

Here’s what Brian Blair wrote in his soon-to-be released autobiography about his sons:

“A Special Dedication to My Two Sons

I so vividly remember when my wife Toni and I wanted to start a family. Enjoying my tag team years as a Killer Bee, I prayed to the Good Lord that he would bless me with two boys — maybe twins or maybe through two separate pregnancies — because I wanted to have my own ‘Killer Bees’, as I really liked my tag team partner ‘Jumping’ Jim.

I have to say that I have never felt as elated as I did when I watched both of my sons come into this world. It’s an indescribable and an incredible experience. The deliveries were handled by Dr. Howard Johnson, who was a great OBGYN, a brilliant man with a great personality, a passion for his job and an affable human being!

So after a little haggling with my wife over our first boy’s name, Brett (named after Bret Hart…but my wife insisted on two T’s in Brett) was born in May of 1992. Then exactly three years later, almost to the day, in May of 1995, Brad was born, and I had no problem with the name ‘Brad’, other than the fact that Toni insisted it was Bradley. What the heck; you have to make room for compromise in many situations.”

Fishing in the Keys today. Left My 6'4 310 lb nephew Matt, my nephew captain Kevin McKeon, Matt's brother and my son Brett. A lot of fun but back surgery 4 me on Friday July 16th. pic.twitter.com/imGiwvfOSg

Most Old School WWF fans will remember Brian as one half of The Killer Bees, alongside his tag team partner ‘Jumping’ Jim Brunzell.

On this day in 2001, we lost Old School WWF Diva Bertha Faye (Real name: Rhonda Ann Sing) at the age of 40 due to throat cancer.

Most Old School Fans remember Bertha Faye defeating Alundra Blayze to become the WWF Women’s Champion in 1995, while she was managed by WWF heel manager Harvey Wippleman, who was also in love with her (storyline wise).

Bertha wrestled all over the planet, including Japan, Puerto Rico & Canada, as well as joining Ted Turner’s World Championship Wrestling for a while from 1999 to 2000, where she was known as Rhonda Singh.