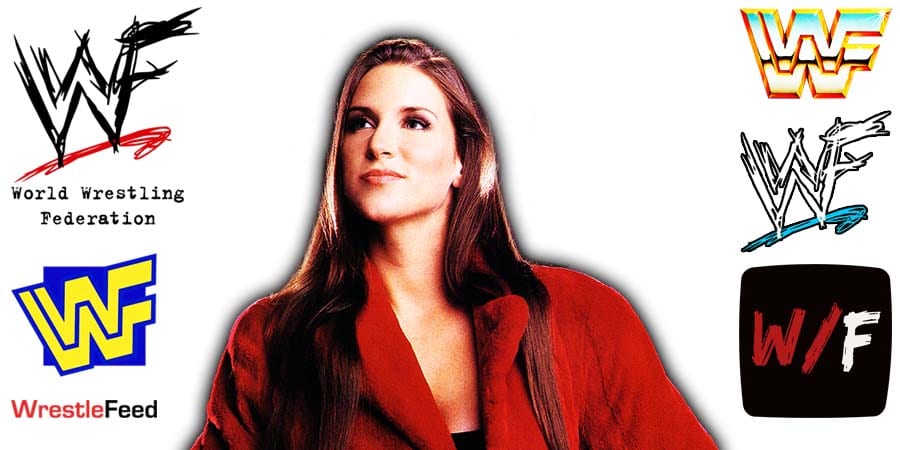 • Stephanie McMahon Comments On Becoming The Interim CEO Of WWE

WWE announced the following this morning:

“WWE (NYSE: WWE) and the Board of Directors today announced that a Special Committee of the Board is conducting an investigation into alleged misconduct by its Chairman and CEO Vincent McMahon and John Laurinaitis, head of talent relations, and that, effective immediately, McMahon has voluntarily stepped back from his responsibilities as CEO and Chairman of the Board until the conclusion of the investigation.

McMahon will retain his role and responsibilities related to WWE’s creative content during this period and remains committed to cooperating with the review underway.

The Special Committee has appointed Stephanie McMahon to serve as interim CEO and interim Chairwoman.”

Stephanie McMahon tweeted the following about becoming the Interim CEO of WWE:

“Until the conclusion of the investigation into recent allegations, I am honored to assume the role of interim Chairwoman & CEO. I love WWE and all it continues to do to entertain billions around the world.”

Also Read: Vince McMahon Increased The Salary Of The Employee Who He Was Having An Affair With While Releasing Wrestlers Due To Budget Cuts

From August 1996 onwards Mason left Camp Cornette and became a manager on his own, managing the likes of Crush, The British Bulldog & Owen Hart and The Nation of Domination.