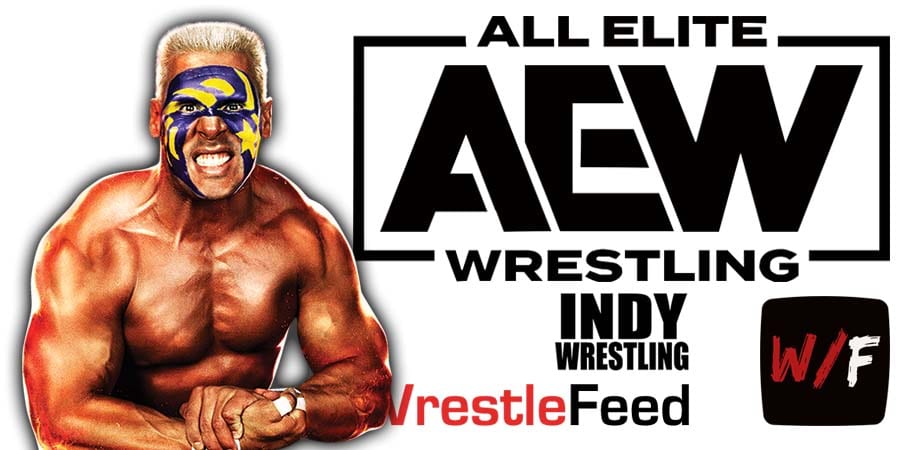 Sting reunited with Tony Schiavone and hugged him, and got him to yell “It’s Sting!” one more time.

Sting and Cody Rhodes had an exchange after it. Cody says he has waited a long time to be in the ring with Sting, but Sting says he’s not here for Cody, at least “right now”, thus teasing a possible future feud with Cody.

Sting then said AEW feels really familiar, and then pointed to TNT Champion Darby Allin sitting in the stands alone, kind of similar to how Sting used to be in WCW. Sting kind of teased something with Darby too.

'I've been wanting to share a ring with you for a very long time' – @CodyRhodes.
Watch #AEWDynamite NOW on @TNTDrama. #AEWonTNT pic.twitter.com/IpX7LJOT8O

Sting then got “welcome back” chants when he said the following:

“The only thing that’s for sure about Sting is that nothing is for sure, except this – I am signed officially with AEW and I plan on being close to the AEW wrestling fans and in this promotion for a long time. I plan on spending a lot of time right here.”

Sting then hugged Cody and said “see ya around, kid”, and Cody had a tense look on his face.

The only thing for sure about @sting…is nothing is for sure.
Watch #AEWDynamite NOW on @TNTDrama. #AEWonTNT pic.twitter.com/HGtKsoqsOG

Also Read: Sting Reportedly Set To Wrestle In AEW, Types Of Matches He’ll Be Involved In

It was broadcasted from the Independence Arena in Charlotte, North Carolina and featured matches, interviews & storyline segments on the road to the ‘WCW Starrcade 1996’ PPV.

2. Hugh Morrus vs. The Renegade

4. Faces of Fear vs. The Nasty Boys