Despite Matt Hardy’s wife Reby Sky noting on Twitter that WWE isn’t purchasing the rights to the “BROKEN” gimmick from Impact Wrestling, Matt Hardy is expected to get “BROKEN” on WWE Programming soon. 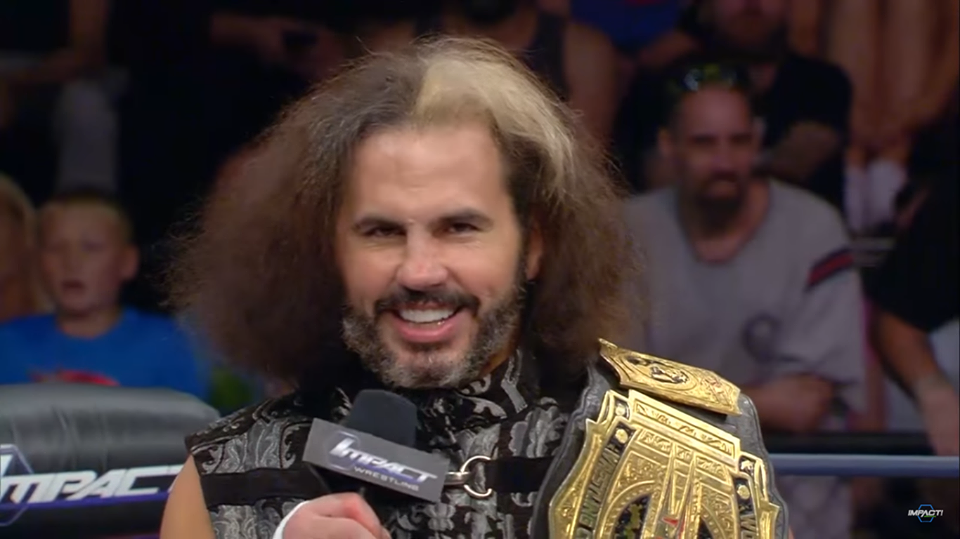 According to Dave Meltzer of the Wrestling Observer, WWE is working on a deal with Impact Wrestling to use the gimmick on their programming. It should be noted that Matt is posting on Twitter under his “BROKEN” gimmick and it could be possible that the deal has already been made.

Matt recently posted on Twitter that “DELETION is coming”. Below are his recent tweets:

The OBSOLETE Owl cannot evade my #BROKENBrilliance by flying away.. DELETION is coming. https://t.co/o48oaTy3Kn

The CELESTIAL VOICES have told me the GENESIS of my Modern Testament nears.

My VESSEL will be blessed if I push it to unseen parameters.

"Don't ever stop evaluating yourself. Everyone contains the capacity to improve.. To become better."