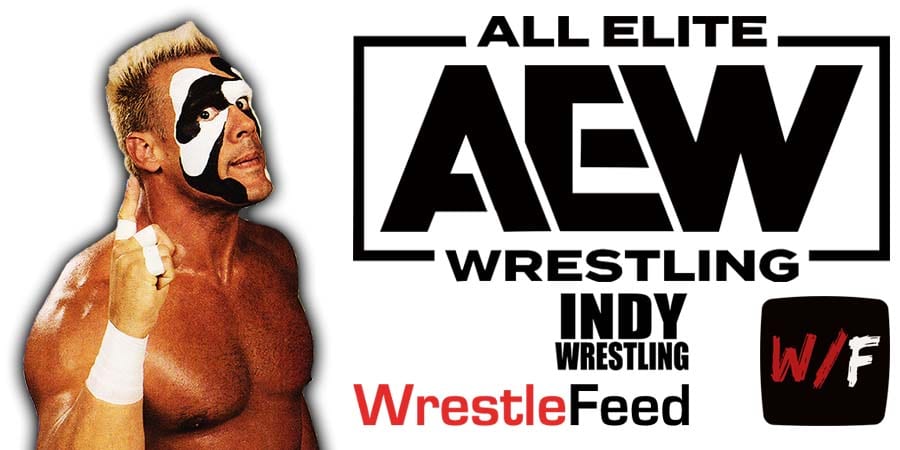 On this week’s episode of AEW Dynamite, Old School WCW Legend & WWE Hall of Famer Sting made his AEW debut.

He has signed a multi-year contract with All Elite Wrestling.

Sting’s sudden arrival helped in the viewership and ratings for Dynamite increasing.

Not just the ratings, Sting’s arrival has made records in the merchandise department too.

Sting’s new AEW T-Shirt became the most sold T-Shirt in 24 hours on ProWrestlingTees.

If that’s not enough, Sting’s AEW video from AEW’s official YouTube channel trended at #3 with over 1.5 million views.

On this day in 2010, we lost former Wrestler & WWF/WCW Manager “The Wizard” King Curtis Iaukea (Real name: Curtis Piehau Iaukea III), who passed away at the age of 73.

While he wrestled for the NWA & the WWWF during the 50s, 60s & 70s, most Old School fans will probably remember him as a manager, when he managed Kamala & Sika during his mid-80s World Wrestling Federation stint, and The Dungeon of Doom (in WCW) during the mid-90s.

WCW Superstar Prince Iaukea, who wrestled for them during the Monday Night Wars, was actually named after him.