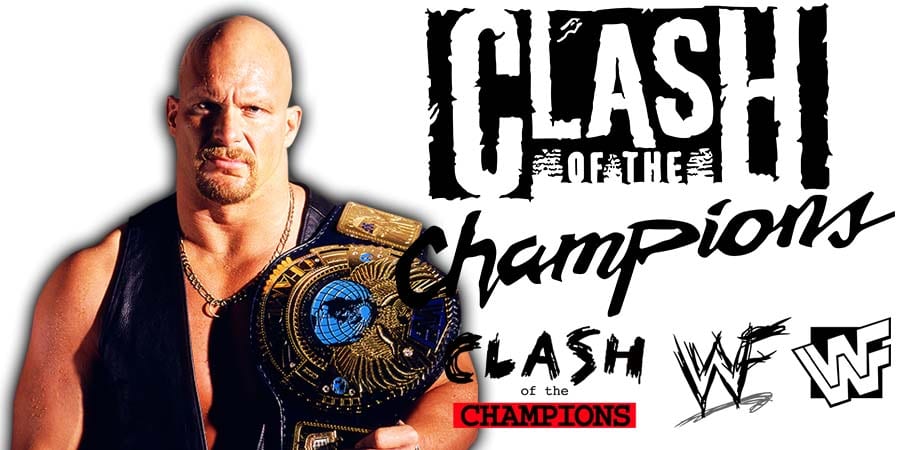 – All American Exclusive: The Heavenly Bodies vs. The Smoking Gunns (Grand Rapids, MI 8/31/93)

During a recent edition of The Steve Austin Show podcast, WWE Hall of Famer “Stone Cold” Steve Austin gave his views on the best match of Clash Of Champions 2019 PPV.

“I know the Charlotte and Bayley match was a very short match and Charlotte is such a machine. She was just, like, so geared up. She has this presence about her. You’re looking for, like, 20 minutes out of her, minimum.

She’s just that kind of person in the ring and she was charged up and amped up. And Bayley goes down there as the champion and just has this big smile on her face because she is very content with what she did the previous week and ends up stealing a win over Charlotte. It was a short match, but I certainly enjoyed that match. I love both of those ladies, so I enjoyed it. We’ll see where the story goes from here.

As much as I love Bayley and Charlotte, I love Becky and Sasha, two more of my favorites out there going for the RAW Women’s Championship. And they put in some time and they told a hell of a story. And I was so happy when Bayley turned heel, but when Sasha came back and turned heel because I just love her work as a heel.

She’s just a better heel than she is a babyface. It’s more natural for her and when she’s ‘The Boss’ and has that swagger. And, of course, Becky is ‘The Man’ and has been dropping some monster promos lately and just very articulate and eloquent and just she’s ‘The Man’ and they had a damn barnburner. And it was probably, well it was, the match of the night. So congratulations to those two ladies.”