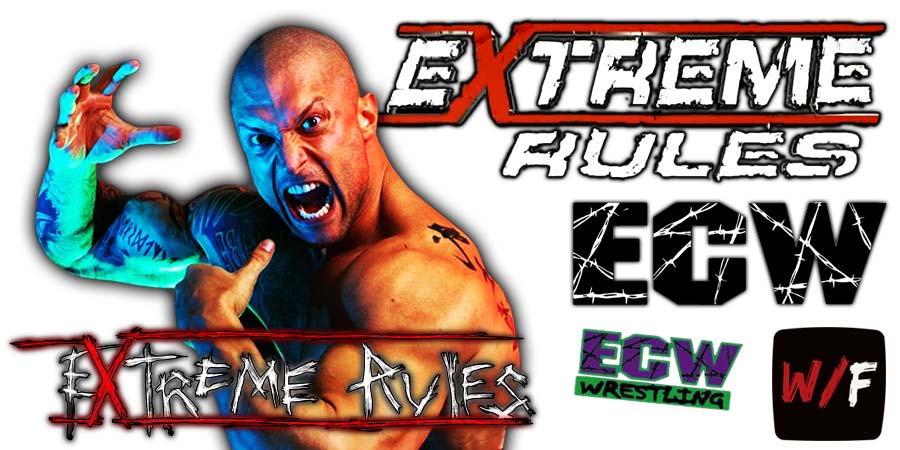 On Friday’s episode of SmackDown, Drew McIntyre announced that he will face Karrion Kross in a Strap Match at WWE Extreme Rules 2022 on October 8.

Kross came out and tried to attack Drew, but McIntyre saw it coming and tied Kross to the strap and beat him down.

Scarlett then interfered and shot a fireball at Drew, but it wasn’t very effective and he continued to beat down Kross until Scarlett hit him with a Low Blow, and Kross then put Drew in his Submission hold.

Below is the updated match-card for Extreme Rules 2022:

It was broadcasted from the Reunion Arena in Dallas, Texas and featured pre-taped matches & storyline segments on the road to the ‘WWF Unforgiven 1999’ PPV.