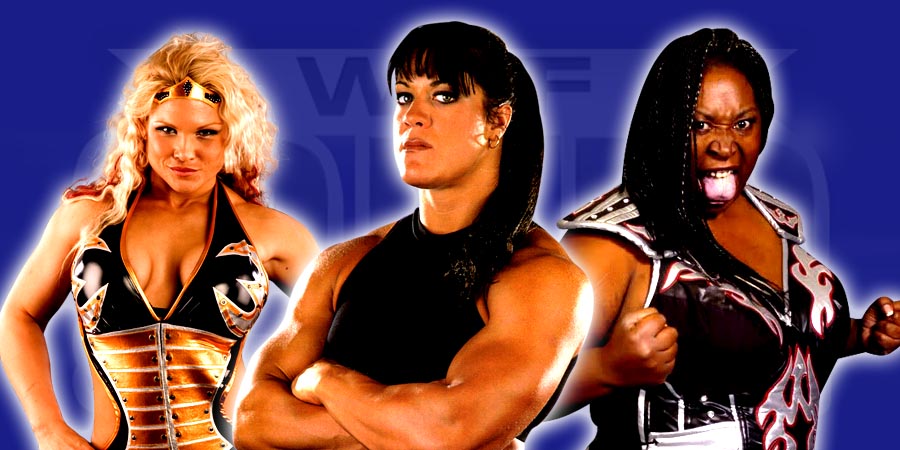 With this list we’re paying tribute to the strong and powerful women of Professional Wrestling. We have however only included female Wrestlers & Divas from major promotions like WWE, WWF, WCW, ECW & TNA.

You are most likely going to enjoy the memories that this list is bringing back!

In 2014 she left the WWE and retired from Professional Wrestling in general.

Marianna Komlos joined the World Wrestling Federation in 1999 as Mrs. Cleavage, but soon went by her real life first name Marianna, managing Chaz, who was formerly known as Headbanger Mosh, before she left the WWF again.

Both ladies relived their feud again in 1996, when they were both wrestling for Ted Turner’s WCW.

She stayed with the promotion until leaving for “family reasons” in late 2012.