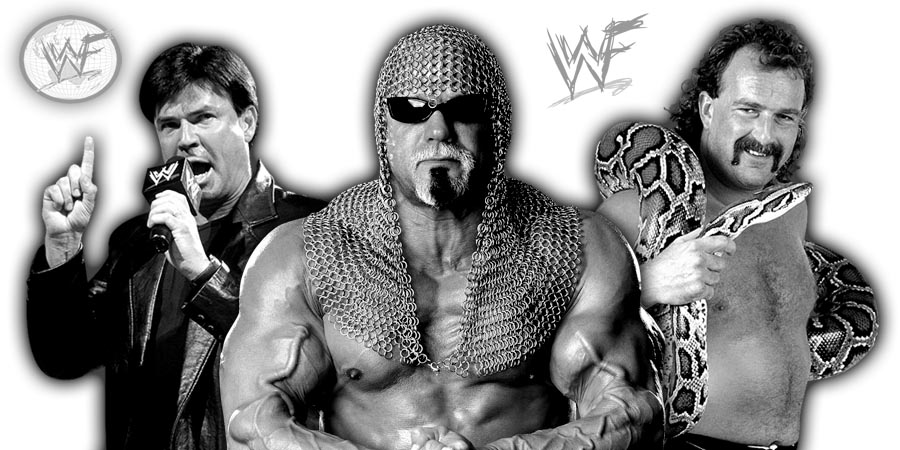 Let’s take a look at the top 20 news stories of the day from the world of WWE (Great Balls of Fire 2017, SummerSlam 2017, The Undertaker) & Professional Wrestling:

They both made the trip back then and now remembered their brief stay in the controversial communist country North Korea.

“Some of the videos from Collision In Korea are phenomenal in the sense that some of matches were great, Antonio Inoki vs Ric Flair was pretty amazing to begin with, and then imagine what those North Koreans thought. Inoki was basically their guy. They printed money for us! They printed stamps and money just for us. People wouldn’t believe it. When we went there they printed money just for us. It was wrestling money with Inoki’s picture on it. I can’t tell you how big it was. We went to the arena where they had the event and it was 180,000 people if you can imagine that. They took us to these little kids with these flip cards. Each flip card was like one pixel and they would make a missile destroy the Japanese empire or whoever the bad guy was. There was a lot of war propaganda. These kids told me they practiced this stuff for six months.”

“WWE owns all of the content that WCW owned and I know that content is there. I guarantee you that Collision in Korea will never see the light of day for a couple of reasons. One is, over the course of two nights they did 350,000+ people. It was 185,000 one night and 170,000 the next night. I’m not going to sugar coat this… this was not paid attendance. There is no paid attendance in North Korea because it’s a communist country.

The reason WWE won’t show it is because I don’t think there will ever be a more impressive crowd shot than what we saw with 180,000 people. It looked like an Olympic event.”