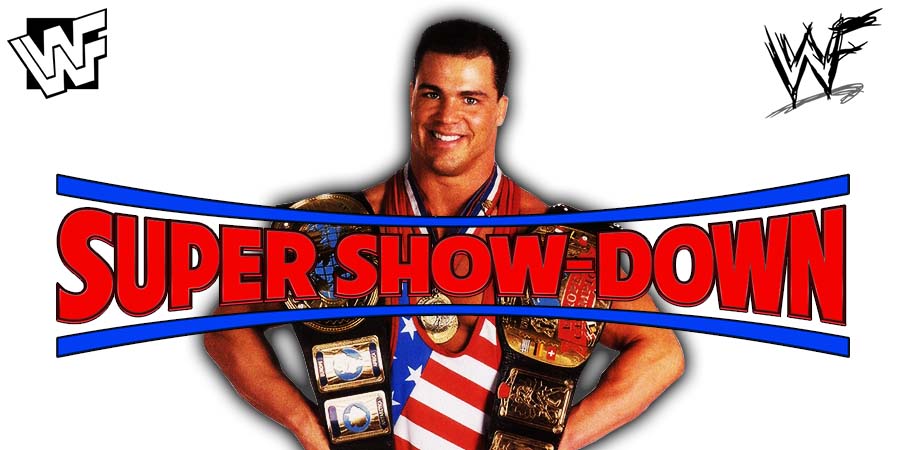 He had his Total Nonstop Action debut in 2003 and hadn’t left the promotion (now known as iMPACT Wrestling) ever since.

He will be inducted into the Impact Wrestling Hall of Fame this month.

We have noted before how some people backstage in WWE want Rey Mysterio to make a surprise return this Saturday at WWE Super Show-Down event, but PWInsider noted that Mysterio will now return straight at SmackDown 1000.

However, that doesn’t mean there’ll be no surprise return to WWE Super Show-Down.

According to the No Holds Barred podcast, Kurt Angle is set to make a surprise return to WWE programming this Saturday at WWE Super Show-Down.

Angle was written off WWE programming a few weeks back when Stephanie McMahon sent him on a ‘vacation’ and named Baron Corbin as the Acting RAW General Manager.