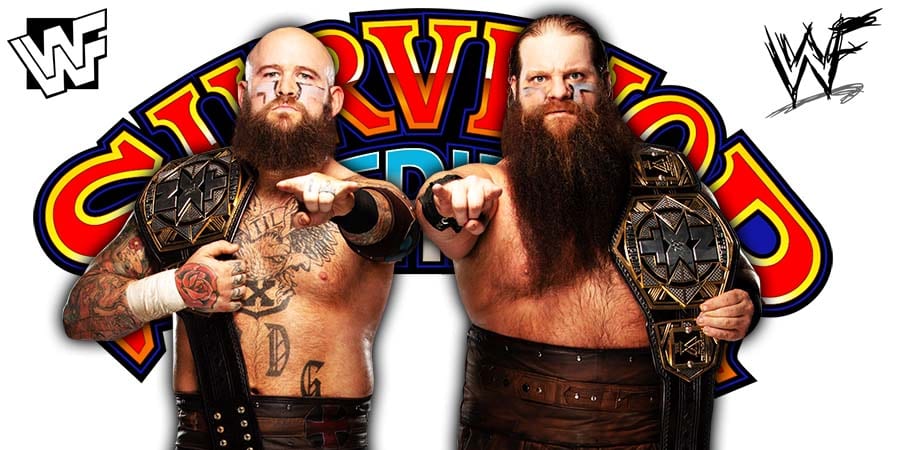 Up next is the battle of the Tag Team Champions of the WWE on the Survivor Series Kickoff Show!

The match begins with Big E, Ivar and Kyle O’Reilly. Big E and Ivar lay out Kyle with their brute strength and then Big E lays out Ivar.

It should be noted that The Viking Raiders need to win this match in order for RAW to get their first win of the night and equal the score with SmackDown and NXT.

It should be noted that Kofi Kingston & Big E are paying tribute to their injured New Day member Xavier Woods by wearing “XW” armbands.

In the end, The Viking Raiders pin Bobby Fish of The Undisputed Era to win the match!