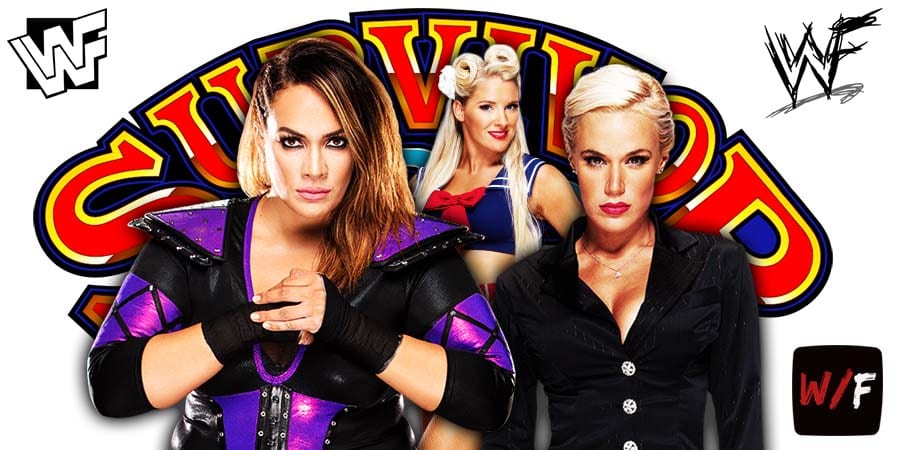 Up next is the Women’s RAW vs. SmackDown 5 on 5 traditional Survivor Series tag team elimination match.

The first woman eliminated from the match is SmackDown Women’s Champion Bayley, after Peyton Royce hit her with her finisher.

After this Natalya made Peyton tap out and Lacey pinned Natalya after hitting a Woman’s Right.

Shayna Baszler took out Ruby Riott after this.

Only Bianca Belair is left from Team SmackDown now.

Shayna Baszler got eliminated when she refused to let go of her submission move on Baszler after Baszler grabbed the bottom rope.

Belair sends Jax into the steel steps on the outside.

Belair and Jax both get counted out and are eliminated.

This means RAW has won the match and Lana is the sole survivor!

RAW has won tonight’s Survivor Series battle for brand supremacy against SmackDown as the score is 4-2 and only one RAW vs. SmackDown match is left.