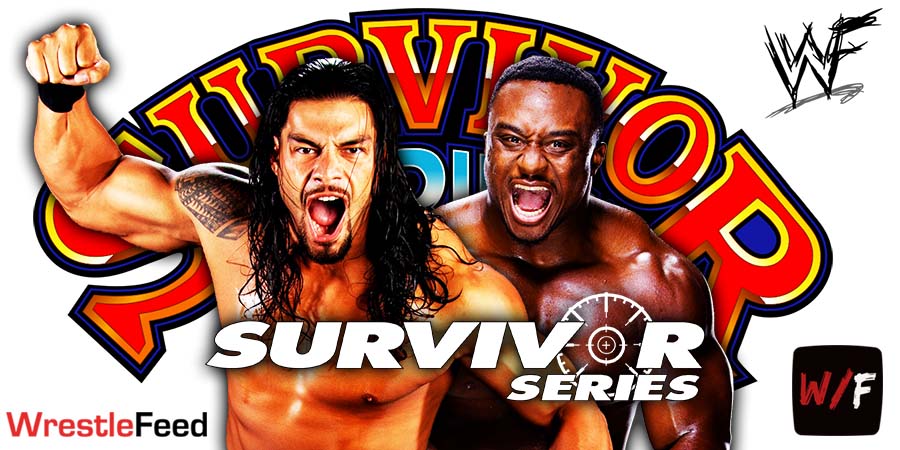 Up next is the main event of the evening: Universal Champion Roman Reigns vs. WWE Champion Big E.

Big E makes his way out first, followed by “The Tribal Chief” Roman Reigns. Roman hasn’t been pinned in over 700 days!

The match begins and fans are chanting “Let’s go Roman”. Big E gave Roman a hard time at the beginning, but Roman began firing back after some time.

Roman hits Big E with the Rock Bottom and goes for the cover, but Big E kicks out. Fans are chanting “Rocky!”.

Roman hits Big E with 3 Superman Punch, but Big E fires back with a Spear through the ropes to the floor.

Big E sends Roman into the ring and Roman hits a Spear. Roman goes for the cover, but Big E kicks out!

Roman locks in the Guillotine on Big E, but Big E counters it into the Big Ending. Big E goes for the cover, but Roman held the bottom rope to break the pinfall attempt.

Fans are chanting “This Is Awesome”.

Roman hits a Superman Punch on Big E on the outside. Roman kicks Big E’s knee and then delivers a Spear to pick up the win.

I am above every champion, every team, every brand.

I stand alone at the top…
At the head of MY table.

I exist where I belong…
The Main Event.
The Attraction.
The Last Needle Mover
The Tribal Chief. #SurvivorSeries