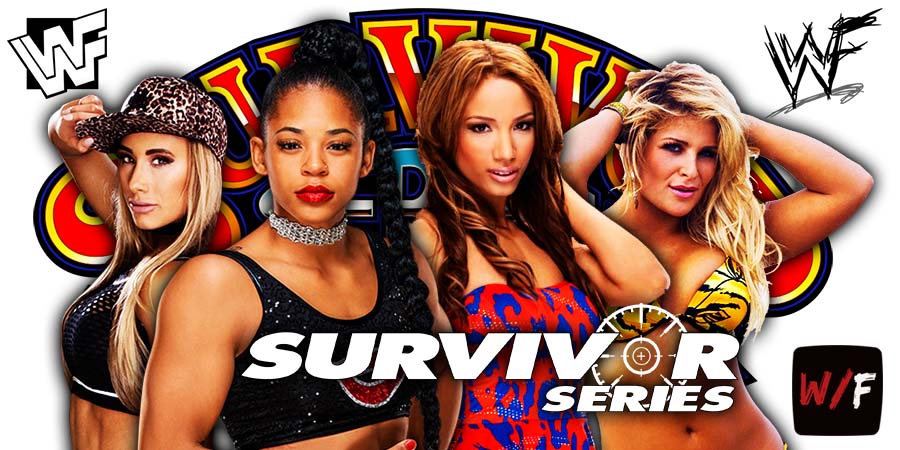 Up next is the Women’s Team RAW vs. SmackDown match. Team RAW makes their way out first, followed by Team SmackDown.

Below are the members of Team RAW:

Below are the members of Team SmackDown:

Carmella and Toni Storm begin the match. Carmella asks for her face mask for protection. Toni takes advantage and pins Carmella early in the match.

Sasha and Shotzi are having trouble with each other, as Shotzi pushed Sasha off the ring apron.

Toni hits Zelina with her finisher and pins her.

Liv Morgan pins Toni after this.

Shotzi & Sasha hit back to back splashes on Liv and The Boss pins Morgan.

It’s 4 on 1 now. Bianca is the only one remaining from Team RAW.

Sasha and Shotzi are having issues again. Shayna tries to separate them, but Sasha attacks her. Sasha slaps Natalya too. The whole team is arguing on the outside and Sasha gets counted out.

Bianca rolls up Natalya and pins her.

Bianca pins Shayna too and it’s down to Bianca and Shotzi now.

Bianca hits Shotzi with the KOD and pins her to win the match.