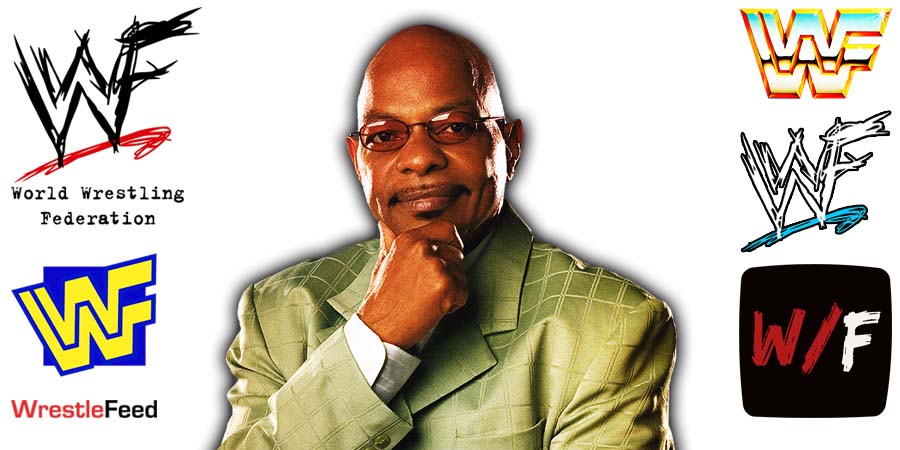 During an episode of the ‘One on One’ podcast, Old School WCW/WWE Manager Teddy Long revealed that none other than longtime WWF/WWE promoter Vince McMahon inspired him to come up with the legendary catchphrase that someone “will go one-on-one with The Undertaker!”.

Here’s what Teddy had to say:

“Vince McMahon had sent Stephanie McMahon out there to make an introduction, and when Stephanie came back, Vince commented that he wanted a little bit more enthusiasm on the introduction.

He really wanted to build the guy up when introducing. So, I was standing there and listening; I didn’t say anything.

So, what I did was when I got to the promo with The Undertaker, that’s when I remembered what Vince said to build him up.

That’s when I said ‘one-on-one with The Undertaker’. And that’s how it all started.”

Below is a compilation of this catchphrase:

Teddy Long worked for Jim Crockett Promotions (NWA) and later Ted Turner’s World Championship Wrestling (WCW) from 1985 to 1996 and then for the World Wrestling Federation (later WWE) from 1998 till 2014.

For both promotions, he worked as both a Referee as well as a Manager, but only in WWE he eventually became a General Manager, when he became the GM of the SmackDown! brand in 2004, a position he held until 2012.

It was broadcasted from the Civic Coliseum in Knoxville, Tennessee and featured matches & storyline segments on the road to the ‘WCW Starrcade 1997’ PPV.