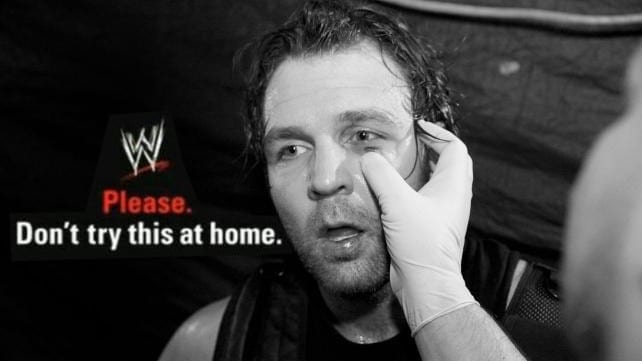 WWE – Don’t Try This At Home

A teenage boy from India died after allegedly performing wrestling moves. This news has been trending in India for the past two days and WWE has received quite a bad feedback from many people in the country.

According to India Today, 14 year old Agnibesh Dutta from Kolkata was watching a WWE show the night before his death. According to his mother, he was performing wrestling moves shown in WWE with his karate belt while standing on the bed.

When she returned, she found her son unconscious on the floor because his neck got tied in the belt’s noose. The boy was declared dead when they reached the hospital.

People within the country are bashing WWE for showing violent programming but it should be noted that WWE is PG programming nowadays and is 95% children friendly. They have also stopped doing extremely violent things like choking with foreign objects, hitting in the head with chairs, blood and much more.

Related to this news, WWE specifically banned the choking moves in their programming and the last time we saw that, it was in 2010 when Daniel Bryan was seen choking Justin Roberts on Raw when Nexus invaded to tear down Raw and John Cena. Daniel Bryan was fired for doing that, but as we know he was later re-instated.

You can watch the coverage of this story on an Indian News Channel below: