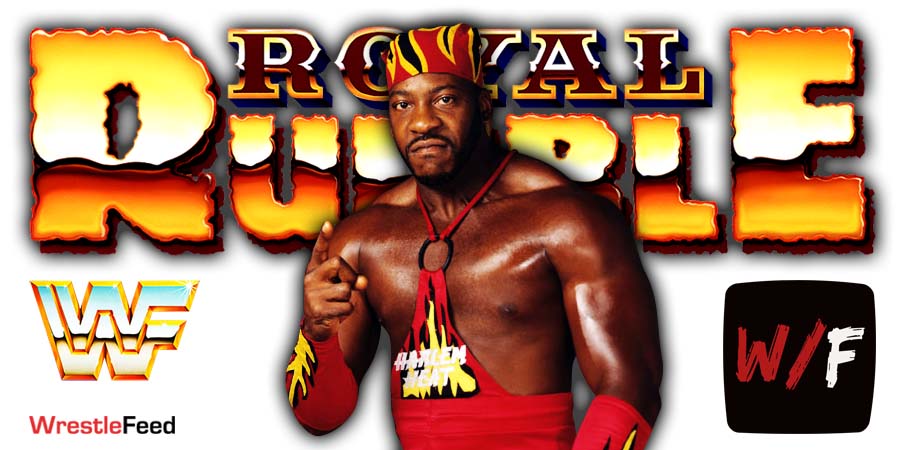 In The Men’s Royal Rumble 2022 match, former WWE Champion Kofi Kingston tried another stunt to prevent himself from getting eliminated, but it didn’t work.

His feet ended up touching the floor. You can watch it below:

This accidental elimination resulted in some spots with Big E being nixed.

Here’s what Bryan Alvarez of the Wrestling Observer posted:

“Kofi’s big spot was mistimed and he was legitimately eliminated when he wasn’t supposed to be, there were spots planned later with Big E out there.”

Kingston tweeted the following about this botch:

‘It is Better to Try and Fail Than Never to Try at All.’

2-Time WWE Hall Of Famer Booker T said the following about his botch on his podcast:

“The Kofi Kingston moment, let me tell you right now, that looked like it hurt like hell. I ain’t lying, man. That looked like he crushed his sternum.

Even though I know that barrier there has some padding, under that padding is something hard, okay? It’s just not a big foam pad. When he hit it, it was like putting on the brakes.

I said, ‘ow, that looked like that hurt.’ It looked like, just from his reaction, that it hurt. Coming off the top rope, I mean, that was a crazy bump. But those are the moments right there.

I’ll tell you, time waits for no man. That’s true, father time is a monster. Look, if Kofi tried that again right after, he probably could have pulled it off. It’s just one of those things, man. It’s a hit-or-miss type of deal, and that night, it just wasn’t meant for Kofi to pull off.

It was taped at the Joe Louis Arena in Detroit, Michigan and featured matches, interviews & storyline segments on the road to the ‘WWF No Way Out 2000’ PPV.

4. The Hardy Boyz vs. The Headbangers