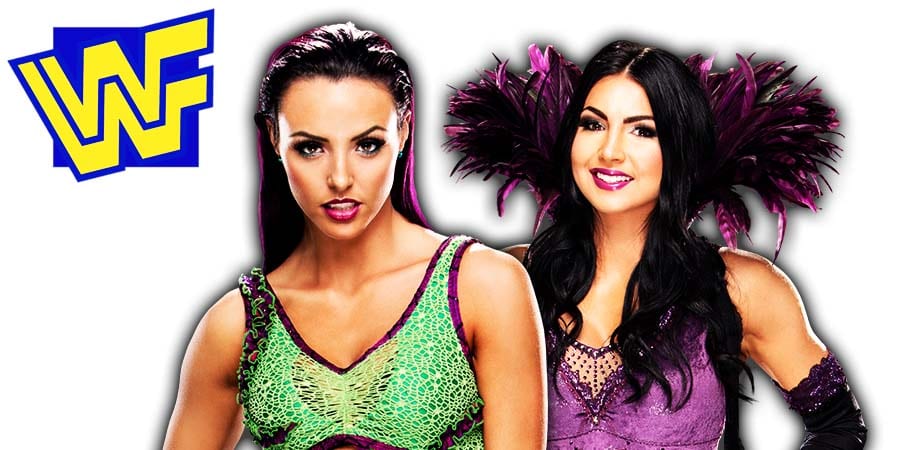 During a recent interview with Chris Van Vliet on Insight, former Women’s Tag Team Champion Peyton Royce talked about her release from WWE, breaking up The IIconics with Billie Kay & more.

On if she feared she was going to be released from WWE:

“I did not even think there was going to be releases. And maybe that’s my fault for not being prepared for it. It was not even a thought in my mind, and I don’t know why because it’s April. They always do releases in April, and it just skips my mind for some reason. So it came out of left field for sure.

If I had thought there were releases coming up, I would’ve been worried for myself. I was worried the previous year when they did releases. I thought ‘this might be it for me.’ And Ronnie (Shawn Spears) was like ‘no you’re just being self conscious or whatever.’

But I wasn’t doing anything. I was pushing so hard to get an opportunity at something, and just nothing was happening for me. If I had thought there had been releases, I would’ve expected it more.

On who’s responsible for breaking up The IIconics:

“So I have never told anyone this and I hope Jess isn’t upset with me for saying this, but I wanted to go singles. There was just things I wanted to tick off of my bucket list as a singles competitor.

I vocalized that to Jess in January last year. I didn’t do anything about it, I just told her where I was at, I didn’t try and get us broken up or something like that. It was during the PC era and Jess was out for a week, I had this random singles match, I don’t even remember who it was against. Vince loved it, he said to me ‘you’re so good, what are we doing?’

So many people were like ‘why did they break you up? It was so stupid.’ I’m like I feel like it’s my fault, because I wanted to push myself and see what I was capable of. But that might have been the worst decision that I made, because nothing ever happened.”

2. The Body Donnas vs. The New Rockers