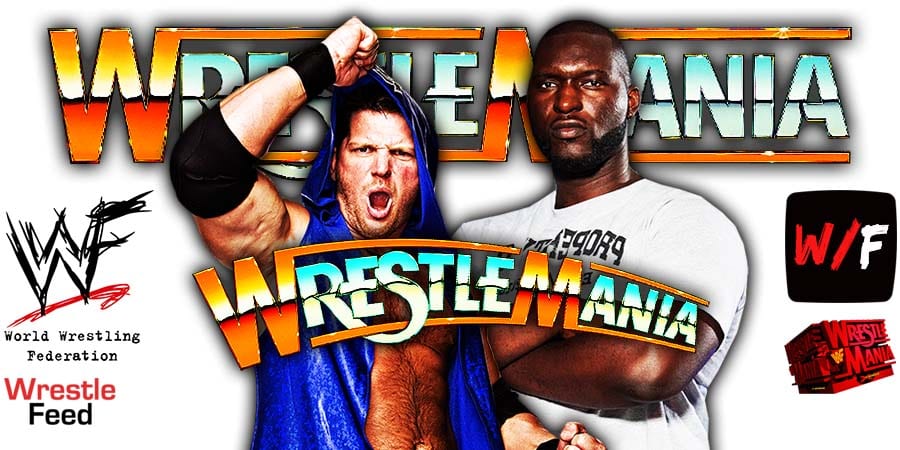 AJ Styles teamed up with the 7-foot-3 “Nigerian Giant” Omos to capture the RAW Tag Team Championship at WrestleMania 37.

With that win, Styles became a Grand Slam Champion in WWE.

They eventually broke up and Omos went on to defeat Styles in a singles match on RAW in January 2022.

During an interview with Inside The Ropes, Styles had the following to say about teaming up with Omos:

“You know it was one of those things where you’re like all great I’m in a tag match so I don’t have to take all the bumps and falls and whatnot. But that’s just not (the case) when you’re tagging with Omos.

You’re taking all of them so that took a couple of years off my career I think, but it was well worth it. This guy is just, if you’ve never saw him before – he’s unbelievable.”

Doc Dean used to be a famous wrestler in England (UK, Europe) during the 80s & 90s, often teaming up with British wrestling legend Robbie Brookside, who is now a coach at the WWE Performance Center.