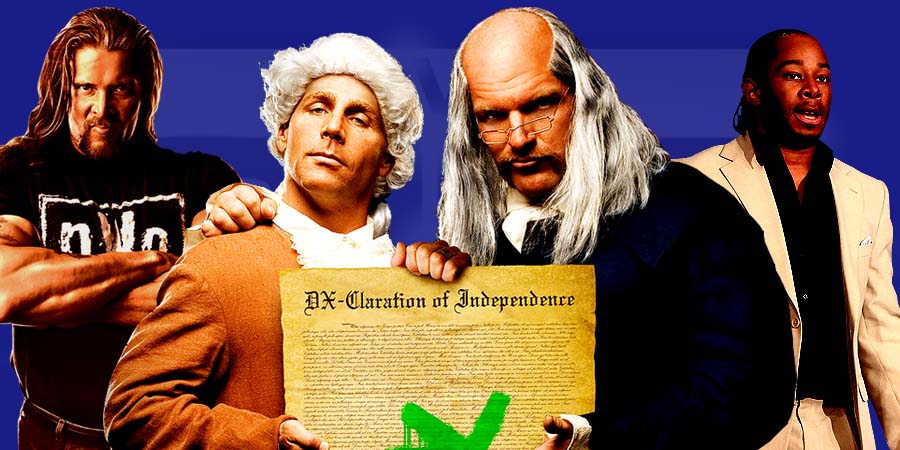 Pro-Wrestling isn’t always serious, to be honest it would be quite boring if it wasn’t for the occasional comedy and parody segments.

We have now listed the 10 funniest Parodies in Pro-Wrestling History. Enjoy!!

Not bad actually, considering that DX were the Comedy Babyfaces at that time in 2006, but “The Legend Killer” Randy Orton & Edge did alright as DX impersonators.

However, the week after he was gone, DX sent out a fake Rick Rude, which was actually Harvey Wippleman.