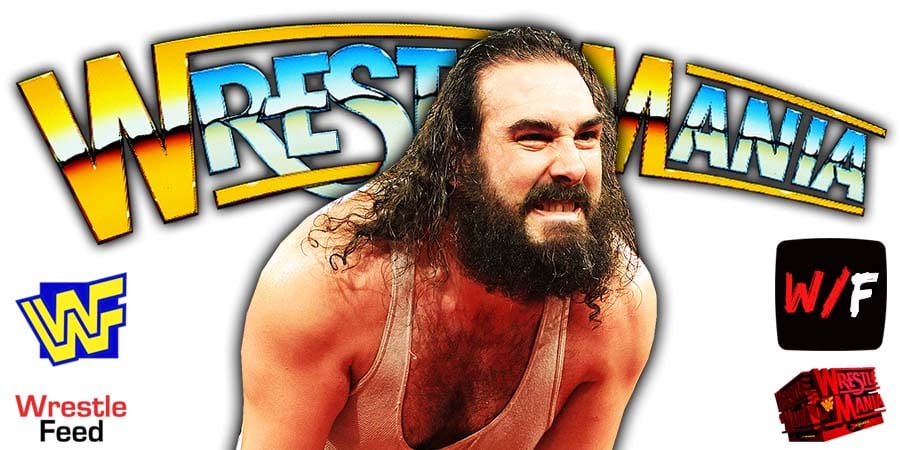 As seen in the opening match of Night 2 of WrestleMania 37, Randy Orton defeated “The Fiend” Bray Wyatt.

This happened when fire pyro around the ring went off and a black liquid started pouring down Alexa Bliss’ face, which confused The Fiend and Orton took advantage of this, and hit Fiend with the RKO for the win.

The Fiend is no longer burned, and is back to his normal form.

During the match, “The Fiend” Bray Wyatt paid tribute to the late Luke Harper (Jon Huber / Brodie Lee), who passed away in December 2020.

Harper was a member of the Wyatt Family back in the day.