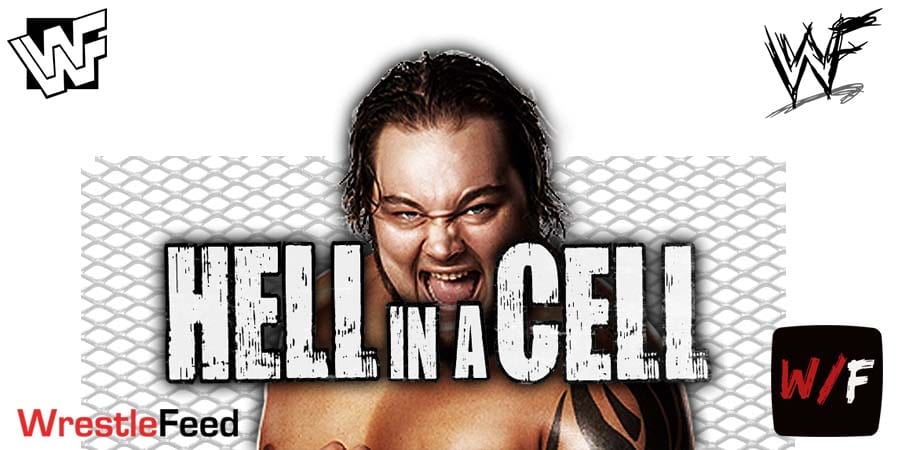 On this week’s Season Premiere episode of RAW, “The Fiend” Bray Wyatt and Alexa Bliss kicked off the show, who were then interrupted by RETRIBUTION.

The Fiend and Bliss disappeared and then The Hurt Business came out for their match against RETRIBUTION.

The Hurt Business defeated RETRIBUTION after United States Champion Bobby Lashley made T-BAR tap out to the Hurt Lock.

After the match, The Fiend showed up and single-handedly took out RETRIBUTION. Fiend was about to hit the Sister Abigail on Mustafa Ali in the end, but T-BAR made the save and ended up getting hit with Fiend’s finishing move.

T-BAR took to Twitter to tell Wyatt that there will be “HELL” to pay for what he did.

“There will be HELL to pay, @WWEBrayWyatt.

WE will have our #RETRIBUTION.”

Wyatt then hinted at an angle at Hell In A Cell by replying the following:

“Revenge is a nasty business.”

Revenge is a nasty business. pic.twitter.com/5lHSUjDX2z

So far, only 4 matches have been announced for Hell In A Cell, so we could see The Fiend facing off against T-BAR or another member of RETRIBUTION there.

Here’s the current match-card for WWE Hell In A Cell 2020:

– “I Quit” Hell in a Cell match for the Universal Championship: Roman Reigns (c) vs. Jey Uso

– Hell in a Cell match for the WWE Championship: Drew McIntyre (c) vs. Randy Orton

– Hell in a Cell match for the SmackDown Women’s Championship: Bayley (c) vs. Sasha Banks

Known in other territories as Bad News Allen, the former Olympic bronze medal winner (Judo) joined the World Wrestling Federation in early 1988 and stayed with the promotion till he left shortly before the Survivor Series 1990 PPV.

Bad News Brown’s replacement in ‘The Million Dollar Team’ for their classic Survivor Series elimination match was none other than The Undertaker, who had his debut that night, replacing Bad News Brown, who had left a few weeks earlier.