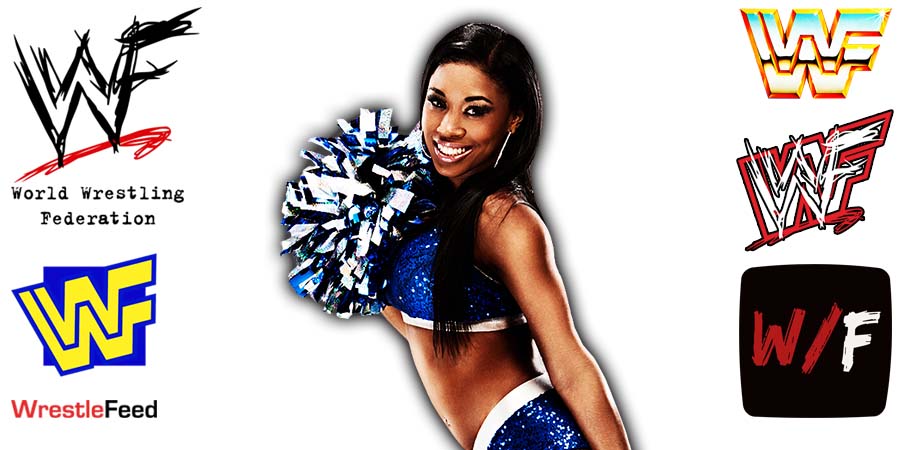 • The Funkadactyls Had A Real-Life Fight In 2013

On a recent episode of ‘The Bellas Podcast’, former WWE Diva Cameron revealed that she once had a falling out with her Funkadactyls team partner Naomi and the two clashed after a go-karting race, that was filmed and aired on the August 25th 2013 episode of Total Divas.

Here’s how Cameron described the clash:

I was so upset to the point when I get that mad, I started crying because that’s how mad I was. That’s the time too there was no official, ‘This is going anywhere’ and so I just remember it was so fresh and so new, and I’m thinking like ‘Damn, I’m about to lose a friendship over something we didn’t even know [if the show would air].’”

The Funkadactyls, Cameron & Naomi, worked as the 2 valets for ‘The Funkasaurus’ Brodus Clay (now known as Tyrus) on the WWE main roster from January 2012 until December 2013.

Russo originally started as WWF Magazine editor Vic Venom in 1992 but was promoted to the WWF Booking commission in 1996.

Vince McMahon has confirmed on several occasions, that he ended up using only about 20% of Russo’s ideas, but rejected about 80% of them, so when Vince Russo jumped ship to Ted Turner’s World Championship Wrestling in September 1999 and was given free control as the head booker to use 100% of his own ideas, it was not at all surprising that his creative decisions made them lose a huge amount of money and basically killed WCW financially.