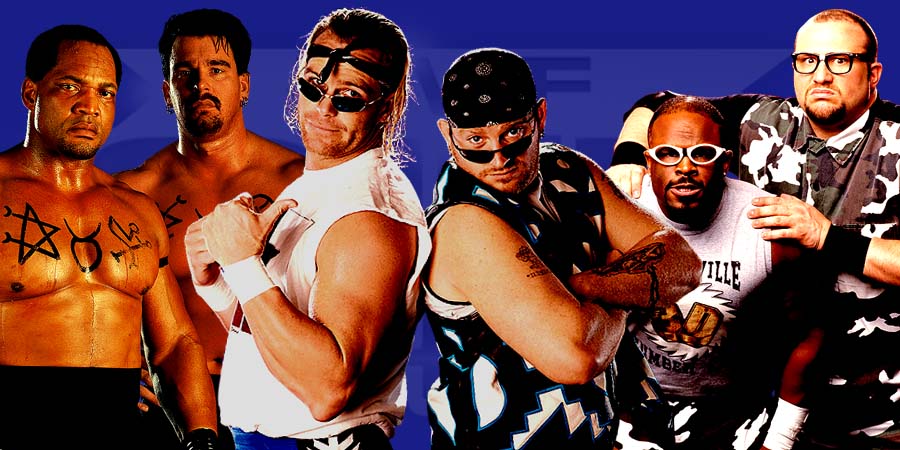 While the Ruthless Agression Era (2002-2007) still had a decent Tag Team Division, the Attitude Era (Dec.1997-2001) is known as the last era with a great Tag Team Division on the World Wrestling Federation roster.

We have now listed the Top 6 Tag Teams of that great Era:

Arguably one of the, if not THE greatest Professional Wrestling Tag Team of all time, “The Road Warriors” The Legion of Doom was slightly past their prime when the Attitude Era arrived, which is the reason they’re not ranked any higher here.

They did win their last WWF Tag Team Championship 2 months before the Attitude Era even started, but still had some success like winning the WrestleMania XIV Tag Team Battle Royal.

First starting out as part of the Undertaker’s “Ministry of Darkness” stable, the Tag Team of Faarooq and Bradshaw later evolved into a Bodyguard type of Gimmick, when they changed their name from The Acolytes to the APA.

They did win the WWF Tag Team Championship twice in 1999 and then one more time in 2001.