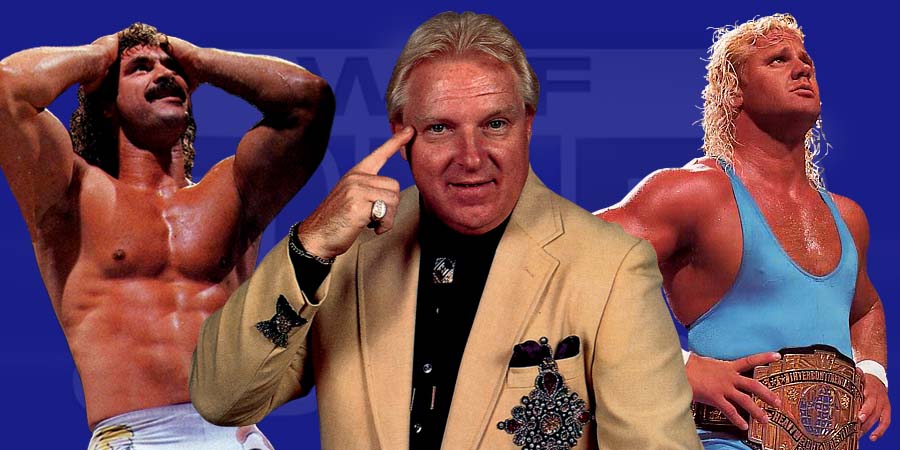 Arguably the greatest Professional Manager of all time, Bobby “The Brain” Heenan managed a lot of Wrestlers during his career.

Who could forget his infamous 80s/early 90s Heel Stable “The Heenan Family”? We have now listed the greatest of his clients:

Bobby “The Brain” Heenan managed him in the World Wrestling Federation from “Ravishing” Rick Rude’s WWF debut in the summer of 1987 until Rude left the promotion in late 1990.

The biggest accomplishment during this time would be Rude winning the WWF Intercontinental Championship by defeating The Ultimate Warrior at WWF WrestleMania V.