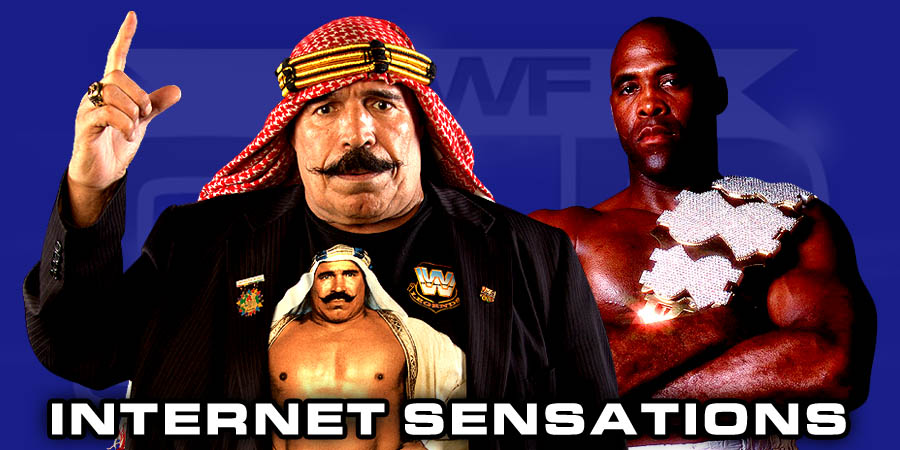 Let’s clear something up right away, this is about Internet SENSATIONS, which means the majority of Fans knows about their internet appearances.

In this list we did however not include so called ‘Internet Wrestlers’ or we would have had to include a huge part of the american Independent Scene, which unfortunately is full of Internet Heroes these days.

He did return to the WWE in 2010 as Ted Dibiase Jr.’s bodyguard, but was let go again after a 2 month run with the company.

No, not what you might think, he was the product, but he sold 8×10 promo pics of him, and took photos with the Fans.

Virgil was never a huge star in his career, but the prices of his signed 8x10s and allowing people to take a photo with him, are an insolence as they’re all heavily overpriced.

Fans reported on multiple occasions that he’s charging up to $ 70 (!!!) dollars for an autographed promo pic of his.

Another report says that taking a picture with him, with your own personal camera that is, costs you only up to $ 65 dollars. Really cheap, isn’t it? No? Nevermind haha.

Virgil uses a traveling merchandise table, that reads “The Million Dollar Man Ted Dibiase & Virgil WWE Superstar” on a big banner, the only problem with this is, Ted Dibiase is never there, except for some really big conventions where a lot of Wrestling Legends are around.

But Virgil is setting up his table at the strangest places for an Old School Professional Wrestler to sell his merch and take pictures with the fans, like flee markets, dog trade shows, …

.. and whenever anyone asks “Where’s Ted?”, Virgil just lies to them and says “Oh Ted will be right back” or “Ted will come a little later, he’s on the way”.

The by far strangest place where Virgil has ever sold his stuff, has to be in a New York subway station, but to see more of him and his traveling merchandise table, please check out: http://lonelyvirgil.net/