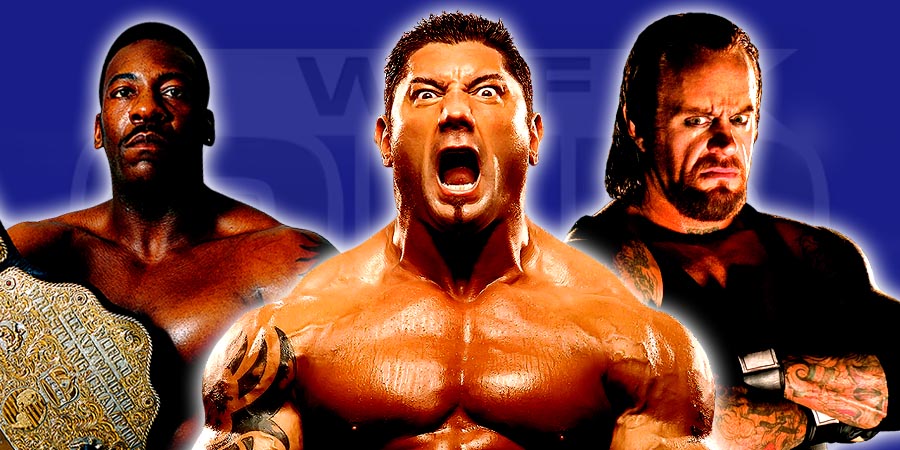 Dave Batista has finally made it in Hollywood and is getting some pretty good movie contracts these days. He debuted on the WWE main roster in 2002 as Deacon Batista but soon joined the famous Evolution stable.

Batista walked away from Professional Wrestling in 2010 and only returned for a few months in 2014. We have now listed Batista’s greatest career moments:

At the WWE Cyber Sunday 2007 PPV on October 28th 2007, Batista had to defend his World Heavyweight Championship against the challenger, The Undertaker.

After being defeated by The Undertaker at WWE WrestleMania 23, this was Batista’s chance for revenge.

“Stone Cold” Steve Austin was the special referee for the match.

Batista won the match with his Batista Bomb finisher, thus defeating The Deadman, something not that many people in Professional Wrestling History can claim they did.